1000 immigrants to be hosted by end of May in Amygdaleza 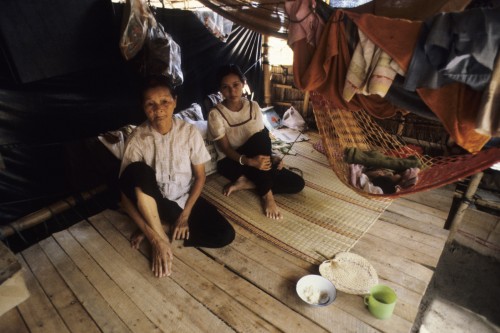 Thousands of illegal immigrants will be hosted in one of the first 30 temporary detention centers, in Amygdaleza, which will start operating by the end of May, Citizen Protection Minister Michalis Chrysochoidis told a radio station even though its creation has been subject to reaction by residents. Immigrants will be given a small amount of money in order to rebuild their lives in their home countries.

According to Greek media reports, the second temporary detention or so “closed hospitality centers”, is going to start operating near the small town of Deskati, in the northern prefecture of Grevena, after the May 6 elections.

Local residents are open to the project however, unlike residents in Amygdaleza, according Deskati Mayor Nikos Migos. “The local community does not only believe that the center will not be a problem but that it will bring us significant benefits,” Migos told Kathimerini, referring that  the facility would create 150 police jobs, 350 more jobs for guards and another 350 in other sector

Meanwhile, in a new statement to address illegal immigration, Mr. Chrysohoidis announced on Tuesday that it will raid apartments, mainly in central Athens, where thousands of undocumended immigrants live in overcrowded and unhygienic conditions. The minister warned that property owners of these overcrowded apartments of sometimes “30 or 50 people in crammed spaces of 50 to 100 square meters” illigal immigrants will be arrested.

On radio, Minister of Citizen Protection said that “Athens will BE clear in a few days, today or tomorrow  we will announce that the apartments in which undocumented immigrants live en masse will be empty and the owners prosecuted.”