Posted on: March 24th, 2012 by AlYunaniya Staff No Comments 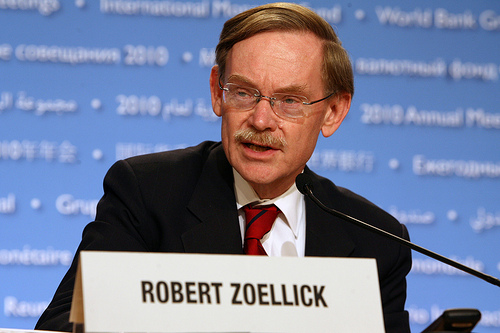 The review process is expected to be completed by the time the World Bank and International Monetary Fund hold semi-annual meetings in Washington in late April, according to a press release by the world bank.

Reuters agency has  reported that the nominees Okonjo-Iweala and Ocampo, who have credentials as both economists and diplomats and according to sources, the respective backing of Brazil and South Africa, pose a challenge to the United States, whose hold on the top post has never been contested.By tradition, the World Bank has been headed by an American while the International Monetary Fund by a European.

But that tradition has generated anger from developing countries seeking greater representation to reflect their rising contributions to the worldwide economy.

At a  news conference at the White House on Friday, US President Barack Obama  nominated Kim, a physician who has worked for decades in global health issues in impoverished countries to lead the World Bank.

Africa’s leading economies South Africa, Angola and Nigeria pronounced their support for Okonjo-Iweala, who served more than two decades at the Bank as an economist before returning to Nigeria where she was appointed Nigeria’s Finance Minister in 2003.

Ocampo, who originally nominated himself, is a former finance minister and central bank chief was nominated by Brazil.

The job is essential, overseeing the Bank’s mission to provide financial and technical assistance to  impoverished countries.

The World bank  which headquartered in Washington lent $57.3 billion last year and has more than 9,000 employees worldwide, according to AFP.