Posted on: October 31st, 2013 by Tina Michalitsis No Comments 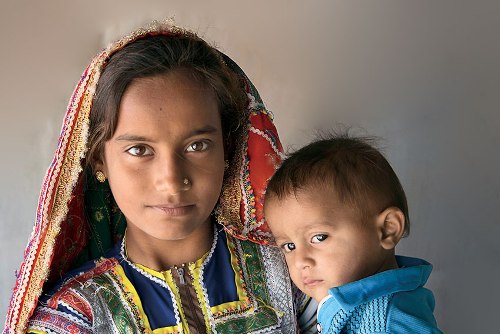 A United Nations report released yesterday spotlights the high rates of teenage pregnancies in developing countries – 7.3 million every year – and calls on governments to help girls achieve their full potential through education and adequate health services.

The State of World Population 2013, produced by the UN Population Fund (UNFPA), notes that out of the 7.3 million births, 2 million are to girls who are 14 or younger, many of whom suffer grave long-term health and social consequences from pregnancy such as obstetric fistula, and an estimated 70,000 adolescents in developing countries who die each year from complications during pregnancy and childbirth.Too often, society blames only the girl for getting pregnant. The reality is that adolescent pregnancy is most often not the result of a deliberate choice, but rather the absence of choices, and of circumstances beyond a girl’s control.

“Too often, society blames only the girl for getting pregnant,” said UNFPA Executive Director Babatunde Osotimehin. “The reality is that adolescent pregnancy is most often not the result of a deliberate choice, but rather the absence of choices, and of circumstances beyond a girl’s control. It is a consequence of little or no access to school, employment, quality information and health care.”

The report, Motherhood in childhood: facing the challenge of adolescent pregnancy, seeks to offer a new perspective on teenage pregnancy, looking not only at girls’ behaviour as a cause of early pregnancy, but also at the actions of their families, communities and governments.

Early pregnancy takes a toll on a girl’s health, education and rights. It also prevents her from realizing her potential and adversely impacts the baby. A country’s economy is also affected by teenage pregnancies as adolescent mothers are prevented from entering the workforce.

In Kenya, for example, if the more than 200,000 teenage mothers had been employed instead of becoming pregnant, $3.4 billion could have been added to the economy. Similarly, if girls in Brazil and India had been able to wait until their early 20s to give birth, the countries would have greater economic productivity equal to more than $3.5 billion and $7.7 billion, respectively.

The report notes that countries must not only increase efforts to prevent teenage pregnancies, they must also invest more in girls as the currently the global community directs less than two cents of every dollar spent on international development to adolescent girls.

In addition to funding, the report stresses that to tackle teenage pregnancy, countries must adopt a holistic approach which does not dwell on changing girls’ behaviour, but seeks to change attitudes in society so girls are encouraged to stay in school, child marriage is banned, girls have access to sexual and reproductive health including contraception, and young mothers have better support systems.

“We must reflect on and urge changes to the policies and norms of families, communities and governments that often leave a girl with no other choice, but a path to early pregnancy,” said Osotimehin. “This is what we are doing at UNFPA and what we will continue to do and recommend until every girl is able to choose the direction of her life, own her future and achieve her greatest potential.”

While teenage pregnancy is a much bigger challenge in developing countries, the report also found that it is a significant issue in developed ones. In the United States for example, only about half of the girls who become pregnant as adolescents complete high school by 22, compared to nine out of 10 girls who do not become pregnant. It also harms the economy as a whole, with nearly $11 billion a year in costs to taxpayers in the country.