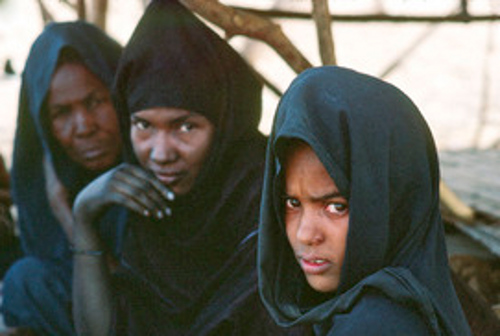 A spokesperson for the Office of the UN High Commissioner for Refugees (UNHCR) told a news briefing in Geneva that new data on the number of Malians who have been driven from their homes amid conflict show the total is almost 60 per cent higher than previously thought.

There are now at least 203,845 internally displaced persons (IDPs) in the land-locked West African country.

The revised figure comes as the agency also highlighted a shortfall in fundings: “To date, we have received 41.7 per cent of the $153.7 million we required to assist the Malian refugees and IDPs,” the UNHCR spokesperson, Adrian Edwards, told reporters.

Mali has been dealing with a range of security, political and humanitarian problems since the start of the year. Fighting between Government forces and Tuareg rebels broke out in the country’s north in January. Since then, radical Islamists have seized control of the north, where they have imposed an extremist version of Muslim Sharia law.

This instability and insecurity have led many Malians to flee to neighbouring countries, in addition to those displaced internally. In both cases their condition remains critical.

One consequence of the funding shortfall is that UNHCR cannot provide many refugees with professional activities to ensure they are “meaningfully occupied.”

“Schools have not started yet in the camps as school structures are still being built,” Mr. Edwards stated. “UNHCR fears that without schooling, children and adolescents may return to Mali, where there is a risk of recruitment by various armed groups.”

The revised IDP estimates come from the Commission on Population Movement in Mali, a working group under the UNHCR-led Protection Cluster framework. The refugee agency said the revised numbers reflect better access to areas in Mali’s north.

The revised estimates also reflect more accurate counting of IDPs in the capital, Bamako, UNHCR added, praising work done by the International Organization for Migration, a Geneva-based intergovernmental organization. In Bamako, the number of displaced people was estimated to be 46,000 in September, up from 12,000 in June and July.

Mr. Edwards stressed that indications of “actual new displacement” also exist. He cited reports of people fleeing “because of general insecurity and a deteriorating human rights situation in the north of the country.”