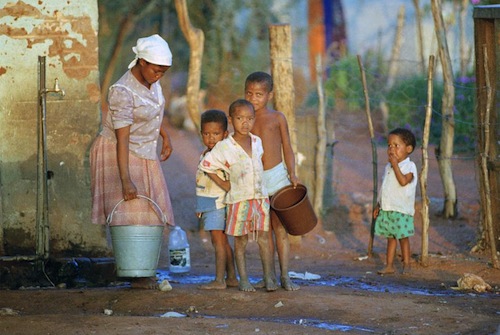 Senior United Nations officials emphasized that the international community must tackle social and economic inequalities between regions and within countries, adding that this is crucial to achieve sustainability and avert future crises.

“If inequalities continue to widen, development may not be sustainable,” Secretary-General Ban Ki-moon said at the General Assembly’s thematic debate on inequality. “That is why equity is emerging as a central plank in discussions on the post-2015 development agenda.”

Ban stressed the importance of reducing inequalities at a time when the world is being affected by a series of significant changes, including economic instability, the impact of climate change, and political unrest in many regions.

“Societies where hope and opportunities are scarce are vulnerable to upheaval and conflict,” he said. “Social and economic inequalities can tear the social fabric, undermine social cohesion and prevent nations from thriving. Inequality can breed crime, disease and environmental degradation and hamper economic growth.”

Ban noted that the anti-poverty targets known as the Millennium Development Goals (MDGs) have been “remarkably” successful, but added that progress has been uneven, and underlined the importance of the post-development 2015 agenda addressing these inequalities and promoting shared prosperity.

Agreed upon by world leaders at a UN summit in 2000, the MDGs set specific targets on poverty alleviation, education, gender equality, child and maternal health, environmental stability, HIV/AIDS and malaria reduction, and a global partnership for development. The post-2015 development agenda is expected to build on the progress achieved by the MDGs.

“We need solutions to the economic and financial crises that will benefit all,” he said. “An inclusive approach to sustainable development; greater efforts to eradicate extreme poverty and hunger; more investment in health, education, social protection and decent jobs – especially for young people.”

General Assembly President Vuk Jeremić noted that the achievement of the universal transition to sustainability requires a greater commitment from countries to bridge the divide between the ‘haves’ and ‘have nots’, and urged Member States to work together to tend to the needs “of the increasing many that have been left behind.”

Jeremić also warned that refraining from addressing this issue would bring about an era of global discontent that would have profound consequences across the world.