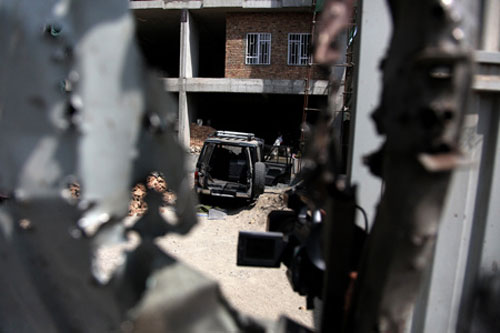 The number of Afghan civilians killed or injured in the first half of 2013 rose by 23 per cent compared to the same period last year, owing mainly to the increased use of improvised explosive devices (IEDs) by insurgents, according to a United Nations report released today.

The mid-year report on the protection of civilians, produced by the UN Assistance Mission in Afghanistan (UNAMA), documented 1,319 civilian deaths and 2,533 injuries – a total of 3,852 civilian casualties – in the first half of 2013.

This marks an increase of 14 per cent in deaths and 28 per cent in injuries over the same period in 2012, the Mission stated in a news release. The increase reverses the decline recorded in 2012, and marks a return to the high numbers of civilian deaths and injuries documented in 2011.

“The violent impact of the conflict on Afghan civilians marked by the return of rising civilian casualties in 2013 demands even greater commitment and further efforts by parties to the conflict to protect civilians who are increasingly being killed and injured in the crossfire,” said the Secretary-General’s Special Representative and head of UNAMA, Ján Kubiš.

“The increase in the indiscriminate use of IEDs and the deliberate targeting of civilians by anti-Government elements is particularly alarming and must stop,” he added.

The second biggest cause of civilian deaths and injuries were “ground engagements” between Afghan security forces and anti-Government elements, which UNAMA said poses an increasing threat to Afghan children, women and men.