Amid fall in foreign direct investment, developing countries attract half of global total 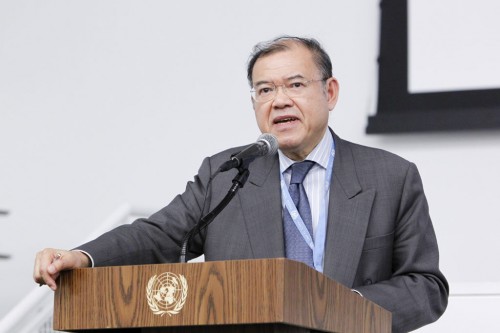 Drops in foreign direct investment (FDI) entering the United States and the European Union (EU) opened the way for developing countries – for the first time – to absorb half of global FDI flows, the United Nations trade and development agency said in a report released today.

But global FDI nevertheless declined by eight per cent in the first half of 2012 as economic recovery suffered new setbacks in the second quarter of the year, the UN Conference on Trade and Development (UNCTAD), stated in its tenth Global Investment Trend Monitor. In the developing world, FDI inflows decreased by five per cent.

“The slow and bumpy recovery of the global economy, weak global demand and elevated risks related to regulatory policy changes continue to reinforce the wait-and-see attitude of many transnational companies toward investment abroad,” UNCTAD said in a press release on the report.

China nevertheless emerged as the world’s largest recipient of FDI in the first half of 2012, followed by the United States, the report notes.

It adds that FDI flows to the US might be stronger in the second half of 2012 because the value of cross-border mergers and acquisitions in the third quarter of the year was “double those of the first half of the year,” and some further acquisitions are “already taking place or announced in the fourth quarter.”

One example cited by the report is the acquisition by the Japanese telecommunication company SoftBank of US firm Sprint Nextel for more than $20 billion. This will mark the largest investment ever by a Japanese company, the report says.

The position held by developing countries was made possible by the “steep fall” in FDI flows to the US and a “moderate decline” in flows to the EU, the report notes.

“For the first time, developing economies alone accounted for a half of the global total,” the report states, emphasizing it distinguished developing countries from the so-called “transition” economies, such as those of South-East Europe and the Commonwealth of Independent States.

“But while flows to Latin America and Africa rose, those to developing Asia decline,” the report adds.

“Investment leads economic growth but the current trends of investment flows to developing countries, particularly to Asia, are worrisome and the challenge for channelling FDI into key development sectors such as infrastructure, agriculture and the green economy remains daunting,” UNCTAD’s Secretary-General, Supachai Panitchpakdi, said in the news release.

Compared to the full-year forecast of FDI inflows published in July, UNCTAD says it now projects that FDI flows will, at best, level-off in 2012 at slightly below $1.6 trillion.