Posted on: January 19th, 2012 by Julie Jalloul No Comments

Arab Spring: Rapping out the message 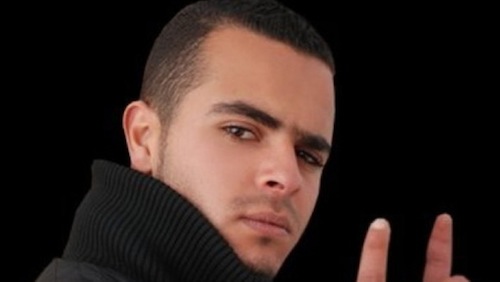 The so called “Arab Spring” uprisings in the Middle East and North Africa were particularly propelled by the youth, who driven by the power of demographics as almost 60 percent of demographic aged 18-30 dominates the populations of every “Arab spring” hit country, demanded an end to the uncontrolled corruption, unemployment and lack of democratic rights that suffocate freedom of expression and speech.

Recently, these demands are expressed though Arabic hip hop and rap which seems to be gaining momentum in many Arab Spring countries including Tunisia, Libya, Egypt, Syria and Bahrain. Hip hop and rap carry a message of sophistication that pushes them to break the barriers of fear and face the authoritarian regimes and long term rulers who seek to ridicule their demands.

In Tunisia, Hamada Ben Amor known as El General paid for his boldness with his freedom as he was arrested by the state after he released last November a critical song about former leader of Tunisia, Ben Ali, reaching audiences around the world through media platforms such as YouTube, Facebook and Twitter. The song was immediately banned in Tunisia, but Al Jazeera Television and other stations were still able to pick up on the El General story followed by other media outlets such as TIME magazine which ranked the 21-year-old man one of the 100 most influential people of the year as his song is credited for inspiring Tunisia to take to the streets. His music extended beyond Tunisia’s borders and inspired protestors in Bahrain and Egypt.

Demonstrators in Bahrain prepared to flood the streets with El General’s tunes to express their demands for change. Bahraini rappers talked in their songs mostly about the rationality of the Sunni- Shiite divide that served only the interest of the regime.

Egypt’s day of rage brought to the forefront a group of rappers like Ram Donjewan who composed the anthem of Egypt’s revolution by simply laying out the reasons why it was normal to revolt against the government. In order to stand against a regime and its repression claim a group of rappers “the Arabian Knightz” in their song “not your prisoner” they must overcome all the pit politics that paralyze people in their everyday lives not only in Egypt but also in the entire region.

Libya is another country, which has seen a very fast rise in its hip-hop scene. In Libya, artist Ibn Thabet adjusts a code for the Libyan youth in which his music captures the anger and frustration of young Libyans that have lived decades of repressive rule under Gaddafi.

Meanwhile, Syrian rappers are staging their own uprising in their country. A search on YouTube for Syrian revolutionary rap results in thousands of videos and songs. Little is known about the artists or their way of working because secrecy is needed to prevent artists who criticize the government from being arrested. In some cases, governments as has happened in the past, have co-opted hip hop, popularity by supporting and exclusively giving National TV airtime to artists with pro-regime lyrics.

Each of these songs which include no managers, record labels or copyright are distributed via social network sites like Youtube, Twitter and Facebook, all stand in solidarity with the revolutions sweeping the Middle East and North Africa.

Material from the Centre for Mediterranean, Middle East and Islamic Studies (CEMMIS) was used for parts of the story.