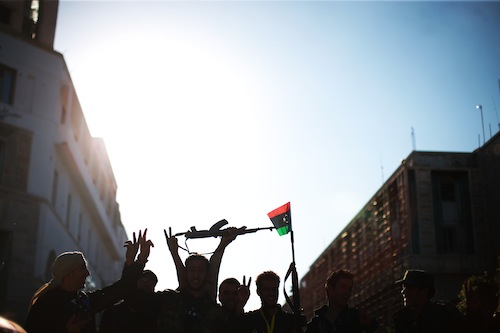 At least 51 people have died over the past three days after drinking homemade alcohol that contained poisonous methanol in Tripoli, the Libyan Health Ministry announced.

The ministry added that there have been 378 cases of alcohol poisoning so far adding that the alcohol is believed to have contained methanol.   The death toll is expected to rise.

No further details were given about the alcohol.

Among the dead are Tunisians and Algerians. Some of the victims were blinded, while others went into comas or suffered kidney failure, according to AFP.

The dead range in age from 19 to 50 years old. There are reports by local news media that females were among the victims.

There are other uncounted for cases that were reported in hospitals outside Tripoli administrative limits, Tripoli news reported.

There has been no statement by the Prime Minister regarding this incident yet.

Meanwhile, a state of emergency has been declared in the capital’s hospitals as doctors  say that there are not enough beds in the emergency room to deal with the number of patients arriving, according to Libya Herald.

Alcohol is banned in the North African country since 1969, even though it is available on the black market.

Since former dictator Muammar Gaddafi was ousted in 2011, Libya has seen a significant increase in alcohol and drug smuggling. Alcohol is mostly smuggled into Libya from Tunisia, Algeria and Malta.

In a statement, the National Security Directorate in Tripoli, said  that an investigation into the mass poisoning had been launched by the Criminal Investigations Directorate.

Methanol, also known as wood alcohol, is a commonly used organic solvent that, because of its toxicity, can cause kidney failure, seizures, blindness even death, when ingested.

Methanol toxicity remains a common problem in many parts of the developing world, especially among members of lower socioeconomic classes.