Posted on: January 25th, 2013 by Arif Mansour No Comments

Attack on mourners at mosque in northern Iraq condemned 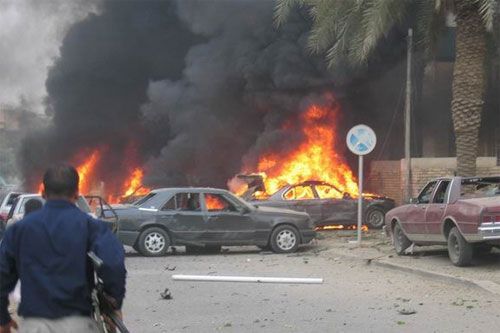 The top United Nations envoy in Iraq strongly condemned an attack against civilians attending a funeral in a mosque in the town of Tuz Khurmato in the northern part of the country, which killed dozens of people and injured many others.

“Such attacks aim to heighten tensions in this particularly sensitive region, and I call on all people of Iraq to resist vicious attempts to undermine their thrive for peace and stability,” said the Secretary-General’s Special Representative and head of the UN Assistance Mission for Iraq (UNAMI), Martin Kobler in a news release.

According to media reports, a suicide bomber killed at least 35 people and wounded more than 100 at a funeral near a Shiite mosque in northern Iraq on Wednesday. The attack reportedly wounded at least two senior Iraqi Government officials.

Mr. Kobler urged all Iraqi leaders to live up to their responsibilities, including “taking all necessary measures to work without delay on defusing such an alarming situation.”

He also expressed his profound sympathy to the families of the victims, to whom he extended his sincere condolences, and wished a speedy recovery for those who were injured.

Over the past month, Mr. Kobler has repeatedly called for an end to violence directly targeting civilians, after a wave of attacks in northern Iraq targeting individuals in crowded areas and the killing of a Member of Parliament who died in a terrorist attack during a demonstration in Fallujah last week.