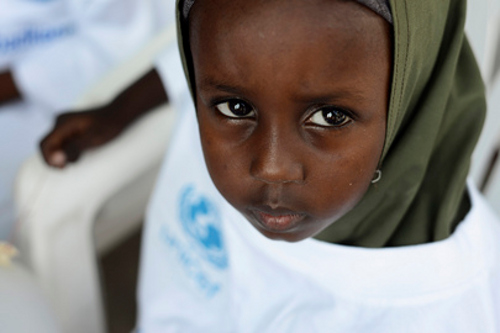 The asylum seekers, from Sri Lanka and Iran, were the first transfers to Manus since the Australian government reinstated its offshore processing policy for asylum seekers in August 2012.

Under this policy, asylum seekers are transferred outside Australian jurisdiction to facilities on the islands of Nauru and Manus to await processing of their claims.

“Migrant children are often survivors of traumatic journeys to reach Australia,” said Alice Farmer, children’s rights researcher at Human Rights Watch. “Australia is callously disregarding their best interests and failing to provide them an opportunity for refuge when it pushes them out of Australian territory.”

Australia’s policy violates its obligations to children under the Convention on the Rights of the Child. The convention requires assessment of “the best interests of the child” in all actions concerning children. The United Nations Committee on the Rights of the Child has interpreted this to mean a  review of a migrant child’s needs for immigration status and basic services by qualified professionals in a friendly and safe atmosphere. Transfer out of Australia’s territory without such a determination fails this test, Human Rights Watch said.

The Migration Legislation Amendment (Offshore Processing and Other Measures) Bill 2011, passed by the Australian Senate on August 16, and by the House of Representatives the previous day, authorizes the transfer of asylum seekers who arrive by boat to remote Pacific islands, where they will remain indefinitely while their refugee claims are processed. Human Rights Watch considers the legislation to be discriminatory on its face and is almost certain to result in arbitrary detention.

Australia has long maintained a policy of mandatory detention of “irregular maritime arrivals.” The reinstated offshore processing policy returns to the discredited “Pacific Solution” of the early 2000s. Refugee processing was closed at Manus Island in 2004 and at Nauru in 2008 after the Pacific Solution was criticized for being both costly and inhumane.

The facilities at Manus and Nauru are expected ultimately to have a combined capacity of 2,100 people. Migrants, including children, may have to spend up to five years in Nauru or Manus and the government has also stated that unaccompanied migrant children will be among those transferred.

Children’s health is at risk on these isolated islands, according to the Refugee Council of Australia. Manus has one of the highest rates of malaria anywhere in the region, as well as other mosquito-borne diseases and relentless heat.

“In reinstating the offshore processing policy, Australia is putting at risk the lives and health of migrant children arriving on its shores,” Farmer said. “These children have basic needs that can be best met in Australia.”

Children fleeing persecution have the right to seek asylum, and Australia’s offshore policies violate that right, Human Rights Watch said. Australia has ratified the 1951 Convention relating to the Status of Refugees, which prohibits parties to the convention from penalizing refugees on account of their illegal entry.  Asylum seekers who enter Australia illegally, including children, need to be given an opportunity to have their refugee claims heard by a competent body.

Australia’s new policy is not likely to act as an effective deterrent to boat migration, Human Rights Watch said. People willing to risk their lives in dangerous boat journeys face enormous obstacles in Indonesia and other countries in the region, pushing them to flee to Australia.

“Instead of taking a punitive approach to migrant children who arrive by boat, Australia should ensure that its migration policies protect children’s rights,” Farmer said.