Back from G20, Ban considering political solution to Syria crisis 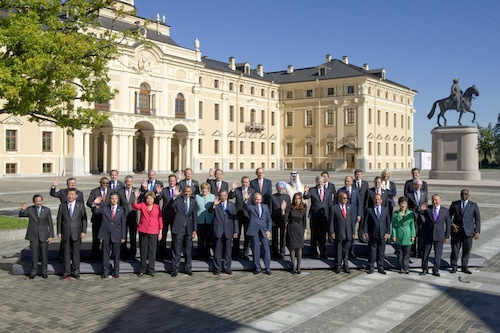 United Nations Secretary-General Ban Ki-moon said that two-and-half years of conflict in Syria have produced only “embarrassing paralysis” in the Security Council and that he was considering proposals to the 15-member body in the search for a political solution.

In his first press conference since returning to New York from the G20 Summit in St. Petersburg, Mr. Ban said that should a UN weapons team confirm use of chemical agents in the 21 August incident in Syria, it would be an “abominable crime” and the international community “would certainly have to do something about it.”

“Should Dr. Sellström’s report confirm the use of chemical weapons, then this would surely be something around which the Security Council could unite in response – and indeed something that should merit universal condemnation,” Mr. Ban told reporters.

The UN chief added that he is already considering “certain proposals that I could make to the Security Council” when presenting the investigation team’s report.

Those include urging the Council to demand the immediate transfer of Syria’s chemical weapons and chemical precursor stocks to places inside Syria where they can be safely stored and destroyed, Mr. Ban said.

Syria is not a party CWC, but it is a party to the Geneva (Protocol) of 1925 which prohibits the use of chemical and biological weapons, according to the OPCW.

Meanwhile, the biomedical and environmental samples taken by the UN chemical weapons inspection team have been undergoing analysis in Europe since last week.

Ban has said he would promptly share the results of the analyses with the 15-member Security Council and all 193 Member States.

Addressing journalists, the UN chief again reiterated the need to come together for a so-called Geneva II conference, which would include representatives of Syrian parties as well as senior United States, Russian and UN officials, to find a political path out of the crisis in the country.

A political solution “is the only viable option at this time”, Mr. Ban said, adding that he and Joint UN-Arab League Special Representative Lakhdar Brahimi, who was also in St. Petersburg, have been working very closely with Moscow and Washington to get all parties to the table.

The UN chief noted that Syria dominated the G20 talks “in a way no other political development has ever done.”

In addition to those discussions at the summit and on the sidelines, Mr. Ban said there was progress on growth, jobs, trade and investment.

Ban said he was “encouraged” by the response to this call for concentrated actions to achieve the eight anti-poverty targets known as the Millennium Development Goals (MDGs), define a global development agenda beyond 2015, and addressing climate change.

He looks forward to building on the G20 discussions at the high-level General Assembly debate later this month at the UN Headquarters in New York.