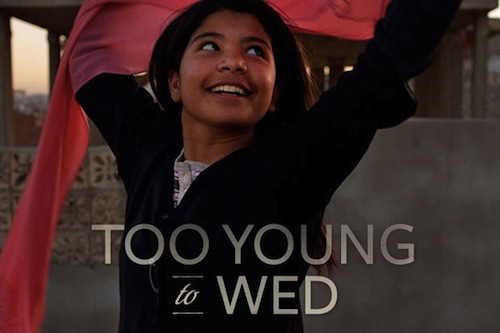 If current child marriage rates continue, more than 140 million girls will become child brides between 2011 and 2020, the United Nations said, warning that little progress has been made towards ending this harmful practice.

Of these 140 million girls, 50 million will be under the age of 15, according to the UN Population Fund (UNFPA), which added that young girls who marry before the age of 18 have a greater risk of becoming victims of intimate partner violence than those who marry later.

“Child marriage is an appalling violation of human rights and robs girls of their education, health and long-term prospects,” said UNFPA Executive Director Babatunde Osotimehin. “A girl who is married as a child is one whose potential will not be fulfilled. Since many parents and communities also want the very best for their daughters, we must work together and end child marriage.”

Child marriage is increasingly recognized as a violation of the rights of girls as it interferes with their education, blocks their opportunity to gain vocational and life skills, and increases their risk to sexual violence as well as their chances to contract HIV.

“No girl should be robbed of her childhood, her education and health, and her aspirations. Yet today millions of girls are denied their rights each year when they are married as child brides,” said the Executive Director of the UN Entity for Gender Equality and the Empowerment of Women (UN Women), Michelle Bachelet.

In addition, child marriage also exposes girls to the risks of child-bearing at an early age, which can have fatal consequences. According to the UN Children’s Fund (UNICEF), complications from pregnancy and childbirth are the leading causes of death for girls aged 15-19 years in developing countries. Still births and newborn deaths are also 50 per cent higher among mothers under 20 than in women who get pregnant in their 20s.

While 158 countries have set the legal age for marriage at 18 years, laws are rarely enforced since the practice of marrying young children is upheld by tradition and social norms. The practice is most common in rural sub-Saharan Africa and South Asia.

These issues are the focus of a special session on child marriage being held today by the UN Commission on the Status of Women (CSW) in New York. Strategies to be discussed include supporting and enforcing legislation to increase the minimum age of marriage for girls to 18 years; providing equal access to quality primary and secondary education for girls and boys; mobilizing girls, boys, parents and leaders to change practices that discriminate against girls; providing girls who are already married with options for schooling, employment and sexual and reproductive health information and services; and addressing the root causes of child marriage, including poverty, gender inequality and discrimination.

Currently, the 10 countries with the highest rates of child marriage are: Niger, Chad, the Central African Republic, Bangladesh, Guinea, Mozambique, Mali, Burkina Faso, South Sudan, and Malawi. However, in terms of absolute numbers, because of the size of its population, India has the most child marriages – in 47 per cent of all marriages there, the bride is a child.