Posted on: January 19th, 2013 by AlYunaniya Staff No Comments

Can the Americans alone determine the future of Syria? 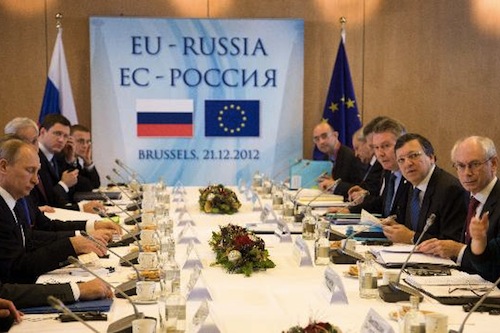 The last speech of Bashar al Assad on the first Friday of New Year, which deeply disappointed the West and the Sunni Arabs in the oil rich countries of the Persian Gulf, was about an all-out war. He spoke of “a full scale war” against the enemies of his regime, mainly the Sunni Muslims. But let’s examine how the various camps are formed in this trouble stricken region, a standard in world politics as from the era of our Lord Jesus Christ.

At this point it must be noted that the rule of Assads, Bashar now and his father before him, has been built on the Alawite Moslem minority of their country, a more secular version of Islam. In neighbouring regions of Turkey and along the Aegean Sea coastal areas of this last country, Alawites are estimated at anything between 15 and 20 million people. Ankara, backed Assad at the beginning of this civil war nit has turned now against him, aligning with the West.

The Assad regime of Damascus has strong allies in the Lebanon Alawites, practically also at war with their fellow countrymen Sunni Muslims. Assad has also traditional friendly relations and strong backings from Moscow and Tehran. Russia has dispatched to Syria a long time ago large numbers of civilians estimated at 70,000 people, working in various infrastructure projects, plus an unknown number of military “experts”.

Obviously Israel in against the Assad regime in Syria and backs on the spot together with Turkey the opposition fighters, who now control a good part of the land. In Syria lives also a population of 2 million Kurds always at odds with Ankara, because they back the Turkey’s PKK Kurd rebels not very actively engaged in either part of the ongoing civil war in Syria.

In short what is happening in Syria at this moment is a small sample book of the entire Middle East conflicts, engaging Sunnis against Shia and Alawite Muslims, Kurds of Turkey, Syria and Iraq fighting for their own self-rule, Israel in direct conflict with Iran and the West and Russia in acute confrontation about the future of Syria.

The future of the North Iraq semi-independent Kurdish state is also at stake, with the Americans having there a close ally. If the Syrian civil war finds the Sunnis victorious, Russia will lose its strong hold in the region. This is rather impossible however because the Syrian Alawites led by Assad are a good 15% of the population and will never surrender their future to the Sunni majority. For them it will be war to the last man and Assad now appeared ready to take care of that.

In total the appalling next day after the disintegration of the Gaddafi regime in Libya is a guide of the future developments in Syria and all along the wider region from Teheran to Tell Aviv and from Ankara to the Persian Gulf in the South. A total destruction of whatever social tissues existed in this region.

A good prognosis though should take into account that populations of millions cannot be totally exterminated and will continue to control the ground on which they have been living for centuries. What happens now in Libya is a good example of what may happen in Syria. No faction will be in absolute control and there will be no centrally control state, in the sense we know in the west. Armed militias will continue to exist and rule on the ground, being in continuous skirmishes with each other and the big powers like the US and Russia controlling small enclaves which are vital for their interests.

It remains to be seen if the Americans will forced to recognise that there will be no end to the conflict without Russia accepting it. In short this means that the US and their European allies in Paris and London, would be obliged to come to terms with the prospect of a strong Russian presence in the Middle East.

The last offer by Moscow for a truce in Syria between the Assad regime and the opposition fighters was very clear of what the outcome may be. Russia apparently does not consider a solution without Assad playing a central role in it. And this may mean a continuation of fight.