Cannabis production rises in Afghanistan despite decline in cultivation- Report 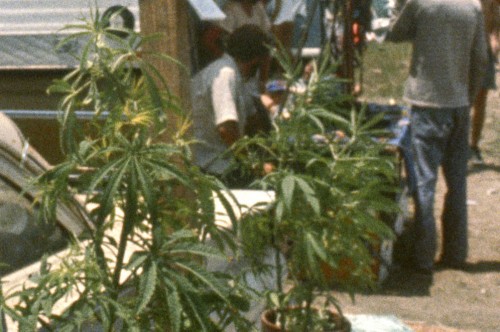 While the total area of Afghan farmland used for cannabis cultivation fell by 17 percent in 2012, there was still an eight per cent rise in the overall production of cannabis compared to 2011, according to a report released today by the United Nations drug and crime agency and the country’s Ministry of Counter-Narcotics.

The report, Afghanistan: Survey of Commercial Cannabis Cultivation and Production 2012, released today in the Afghan capital, Kabul, noted that the main reason for the increase in production despite the decline in cultivation was better yields by the cannabis, locally known as ‘garda,’ compared to the previous year.

The joint report – prepared by the UN Office on Drugs and Crime (UNODC) and the Ministry and the fourth since 2009 – stated that another reason for the reduction in cultivation was “a strictly enforced ban by provincial authorities,” which was imposed because “cannabis fields seemed to have been used by insurgent groups as hiding places.”

The report also said the reduction in overall cultivation was partly because of a “dramatic decline” in the southern province of Uruzgan which had only about 100 hectares of land under cannabis cultivation in 2012, down from about 1,000 hectares in 2011.

Growing the illicit crop remains lucrative despite a downward correction in prices observed since the peak in 2011. UNODC noted that in 2012, farmers could achieve a gross income of $6,400 per hectare from cannabis resin, exceeding the gross income from opium of $4,600 per hectare.

“This again indicates that a farmer decides on planting licit or illicit crops in a holistic way including as much family needs, food security, access to markets, access to non-farm income, as there is risk. Only an ‘opium farmer’, or a ‘cannabis farmer’ or even a ‘wheat farmer’ simply does not exist,” said UNODC’s Regional Representative, Jean-Luc Lemahieu.

He added that agriculture should be seen as one and measures against illicit crops should be integrated into agricultural policy.