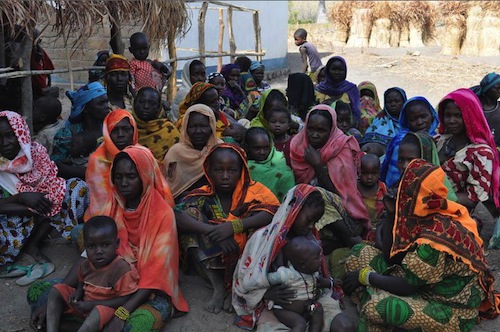 The United Nations political mission in the Central African Republic (CAR) is concerned about purported human rights violations in the country.

A spokesperson for Secretary-General Ban Ki-moon told journalists in New York that the Special Representative of the Secretary-General in the CAR, Babacar Gaye, met yesterday with local human rights non-governmental organizations (NGOs), who informed him of systematic killings of civilians, rape and other violations by soldiers from the Séléka coalition.

“They also informed the Special Representative that human rights defenders were targeted and threatened by Séléka, and reported several attempts to remove evidence of abuses, looting and destruction of public property, occupation of schools and recruitment of children,” the spokesperson said.

Violence erupted in December 2012 when the Séléka rebel coalition launched a series of attacks. A peace agreement was reached in January, but the rebels again seized Bangui in March, forcing President François Bozizé to flee.

Meanwhile, the UN Integrated Peacebuilding Office in the Central African Republic, known by the acronym BINUCA, condemned last week of reports of multiple extrajudicial executions accompanied by torture and mutilation.

Among the identified victims is Ngombet Jerome, an accountant at the Association of Women Lawyers of Central (AFJC), a local NGO.

“These executions were carried on, in all likelihood, at routine checks in the open countryside and in the city of Bangui,” BINUCA said in a statement.

“The Mission called for an immediate stop to these serious violations,” it said in a statement.

BINUCA also called on authorities to immediately open an investigation to identify the perpetrators and bring them to justice, and to continue the process of securing Bangui, the statement added.

Speaking publicly earlier this month, UN humanitarian chief Valerie Amos urged national authorities to urgently re-establish the rule of law so that assistance and access can continue unimpeded, warning that the political crisis gripping CAR has affected its entire population of 4.6 million.