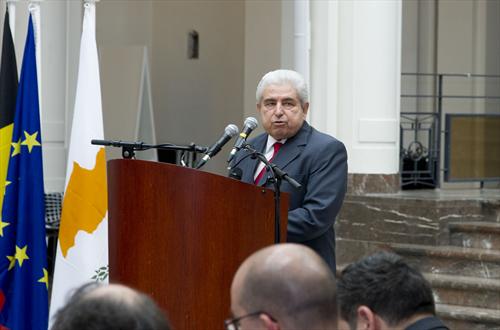 “There needs to be a combination between fiscal discipline, which is necessary, and growth and creation of jobs. There is a need for balanced policies. That is what the Cyprus Presidency looks for.”

The President of the European Parliament said that the Cyprus Presidency is very well prepared. “It is one of the best prepared Presidencies I have seen in a very long time. Mr. Barroso has also evaluated the Presidency in the same way as I have,” Schulz said.

Replying to a question, the President of the European Parliament noted that Turkey should respect that the EU has certain rules one of which is the rotating EU Presidency.

“Turkey wants to accede the EU and not vice versa, that is why Turkey should respect the EU rules,” Schulz said.