Companies around the world called to join SAVE FOOD global initiative 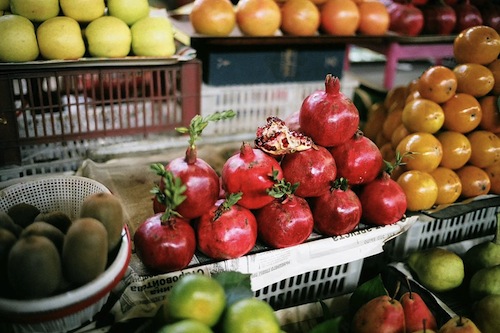 The United Nations Food and Agriculture Organization (FAO) and key partners yesterday called on companies and organizations around the world to join in SAVE FOOD, a global initiative designed to cut down on food losses and waste.

“With 900 million hungry people in the world and one trillion dollars at stake, joint action in reducing losses and waste can improve livelihoods, food security, and minimize the environmental impact,” the Director of FAO’s Rural Infrastructure and Agro-Industries Division, Gavin Wall, said in a news release.

Established in 2011, SAVE FOOD – the Global Initiative on Food Losses and Waste Reduction aims to reduce the estimated 1.3 billion tonnes of food that is lost or wasted every year, with annual losses valued at nearly $1 trillion. The campaign currently has over 50 partners.

One-third of the food produced in the world for human consumption is thrown away or lost, as well as the natural resources used for its production. Food losses and waste amounts to roughly $680 billion in industrialized countries and $310 billion in developing countries.

FAO, together with a trade fair organizer, Messe Düsseldorf GmbH, and a trade fair for packaging and processes, Interpack, is calling for new private sector partners as well as non-profit organizations involved throughout the food supply chain to join the effort and contribute their expertise.

New technologies, better practices, coordination, and investments in infrastructure – from food production to consumption – are critical to reducing food losses and waste, FAO noted, adding that although food losses occur at all stages of the food supply chain, the causes and their impact around the world differ.

In developing countries, food losses hit small farmers the hardest, FAO stated. Almost 65 per cent of those losses happen at the production, post harvest, and processing stages. However, in industrialized countries, food waste often occurs at the retail and consumer levels due to a “throw-away” mindset.