Conflict keeps students out of classrooms in Central African Republic 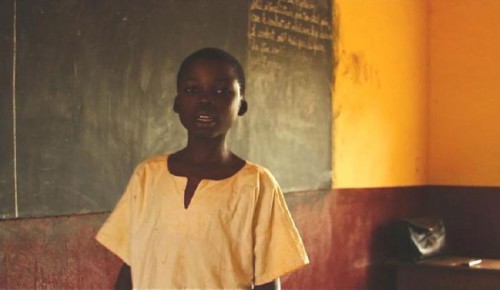 Seven out of 10 primary school students in the Central African Republic (CAR) have not returned to school since the conflict started in December 2012, according to a recent survey by the United Nations Children’s Fund (UNICEF) and partners.

About 65 per cent of schools surveyed were looted, occupied or damaged by bullets or shells, the agency said in a news release about the survey, which was carried out in August in 11 of the country’s 17 prefectures.

“A school is meant to be a safe space for teaching and learning, but in some areas there is nothing left,” said UNICEF Representative in CAR Souleymane Diabaté. “Without teachers, desks, textbooks – how can a child learn?”

Four out of five people said that fear of violence is the main reason students are reluctant to return to school. Almost half of the schools remain closed and students have lost an average of six months of schooling.

“Both the access and quality of primary education in the Central African Republic have severely deteriorated since the beginning of the crisis,” said Diabaté. “And if we do not act now, more children will lose the entire school year and are at risk of dropping out.”

UNICEF called on the CAR authorities to take concrete measures to support the permanent and safe return of all teachers and students to school.

Plagued by decades of instability and fighting, the CAR witnessed a resumption of violence last December when the Séléka rebel coalition launched a series of attacks. A peace agreement was reached in January, but the rebels again seized the capital, Bangui, in March, forcing President François Bozizé to flee.

There is now a transitional government, headed by Prime Minister Nicolas Tiangaye, entrusted with restoring law and order and paving the way for democratic elections. But armed clashes in the north-east have increased since the beginning of August, and the country is facing a dire humanitarian situation that affects the entire population of some 4.6 million.

UNICEF said almost 25,000 children affected by conflict are now in ‘catch-up classes’ to prepare for this year’s final exams, with an additional 40,000 children scheduled to re-start learning in the upcoming weeks.

Almost 20,000 students have received school supplies and schools have been received furniture which has already helped to re-open schools. UNICEF plans to support an additional 105,000 children to get back to their classrooms by the end of the year.

UNICEF’s 2013 emergency appeal of $11.5 million, issued before the crisis, has since tripled to $32 million. The agency has only received one third of the funding requested, and $21 million is urgently needed to provide education and emergency assistance to conflict-affected children and women in CAR.

The crisis that began last December has displaced more than 394,000 people within the country and sent another 64,000 people to neighbouring countries in search of refuge. Persistent insecurity, the absence of the rule of law and attacks against humanitarian personnel and assets continue to prevent life-saving assistance from reaching people in need, said Laerke.

However, UN humanitarian staff have been redeployed to five locations outside Bangui and mobile humanitarian teams are also on the ground and providing aid in Bossangoa, where there had been a recent flare-up in fighting between various armed groups.