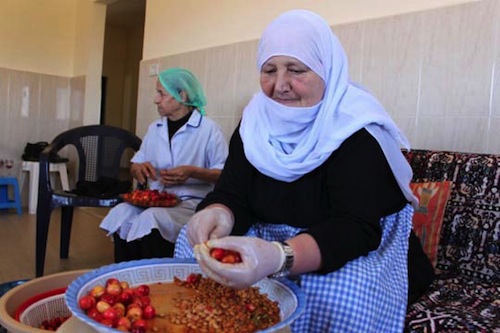 The International Day of Cooperatives provides an opportunity to spotlight how such enterprises can help build resilience in all socio-economic spheres in times of “global uncertainty,” United Nations Secretary-General Ban Ki-moon said.

“Over the course of the ongoing global financial and economic crises, financial cooperatives have proven their strength and resilience, benefitting members, employees and customers,” said Ban in his message marking the Day, which this year is on the theme, “Cooperative Enterprise Remains Strong in Times of Crisis.”

With the world facing multiple crises, and with natural disasters testing even the most robust economies and communities, cooperatives have meanwhile maintained high credit ratings, increased assets and turnover, and expanded their membership and customer base, the UN chief said.

“After disasters such as earthquakes, tsunamis and floods, cooperatives have shown their ability to mobilize solidarity for reconstruction,” he continued, noting that agricultural cooperatives improve the productivity of farmers by facilitating access to markets, credit, insurance and technology.

Providing a further example, Ban explained that social cooperatives can provide an important safety net in the face of declining or minimal public welfare. They also show considerable potential for empowering youth and alleviating the growing global youth jobs crisis.

“On this International Day of Cooperatives, I call on Governments to encourage policies to support and strengthen cooperatives so they can contribute fully to inclusive and sustainable development,” he said.

In his message, Guy Ryder, Director-General of the UN International Labour Organization (ILO), praised the Day’s theme as “a positive and encouraging affirmation at a time when confidence in enterprises and their respect for basic human values and ethical principles has often been badly shaken.”

“The celebration of International Cooperative Day is a welcome reminder that solidarity generates strength and the capacity to build, and that effective organizational and business models can indeed be founded on values of justice and solidarity,” Ryder added.

A recent ILO study, “Resilience in a downturn: The power of financial cooperatives,” showed that financial cooperatives out-performed traditional investor-owned banks before, during and after the global financial crisis in 2007 and 2008 and pointed to their long-term stability. “Importantly, they kept credit flowing to small and medium-sized enterprises – the main source of job creation,” he said.

“Worker cooperatives are growing in response to new economic realities and the survival rate of such cooperatives in several countries appears to equal or surpass that of conventional firms,” the ILO chief continued, adding that the enterprises have also stood the test of time in delivering a range of social services to their members, while consumer cooperatives help with the cost of living.

“As global attention focuses on the challenge of sustainable development, cooperatives can and must play a key role as creative enterprises expanding into new and innovative areas,” Ryder said, citing such spheres as recycling and renewable energy, providing people with know-how, inputs, finance and markets at fair prices with low-environmental impact.

In so doing, they will be making a valuable contribution to a just transition to a low-carbon sustainable development path. “From the world of work perspective, cooperative enterprises are well placed to be leaders in advancing the decent work dimension of a just transition,” he said.