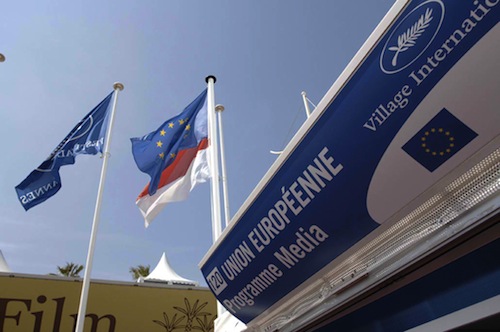 Eighteen films supported by the European Commission’s MEDIA programme are in the Cannes Film Festival’s ‘Official Selection’ this year, of which seven are in competition for the Palme d’Or, notably “Amour” by Michael Haneke, “The Angel’s Share” by Ken Loach and “Jagten” (The Hunt) by Thomas Vinterberg (full list in annex). During the Festival, EU Commissioner for Education, Culture, Multilingualism and Youth Androulla Vassiliou will award the first ‘Prix MEDIA’ to Iranian film-maker Asghar Farhadi and will also discuss the Commission’s proposed new ‘Creative Europe’ programme, which includes MEDIA, with film directors and professionals. The new programme, which focuses on the cultural and creative sectors, has received strong support from EU Culture and Audiovisual Ministers.

“I am delighted that, once again, European films are out in force in Cannes. This is the best reward for our efforts and shows that Europe can, by means of targeted investment, bring considerable added value to the audiovisual and culture sectors,” said Commissioner Vassiliou. “Our future ‘Creative Europe’ programme will help the European film industry to meet the challenges of digitisation and globalisation and will continue to safeguard and promote Europe’s cultural and linguistic diversity. I am delighted that professional associations in the cinema sector, including renowned directors and actors, have given their support to our future programme.”

On 20 May, Ms Vassiliou will award the 2012 ‘Prix MEDIA’ for the best European film project to the Iranian film-maker Asghar Farhadi and his French producer Memento Films Production (IP/12/353). The prize includes a grant of € 60 000 for the development of Farhadi’s new film, which will be shot in Paris and its suburbs this autumn. In the evening, Commissioner Vassiliou will ascend the famous red carpet and stairs to attend a screening of one of the European films in contention for the Palme d’Or.

On 21 May, the Commissioner and the President of the Cannes Film Festival, Gilles Jacob, will host a public debate on the ‘Creative Europe’ programme which envisages a significant increase in EU funding for film and culture. Investment in the growth-enhancing culture and creative sectors is considered essential for helping to overcome the current economic crisis because of their economic importance and potential: the sectors currently contribute up to 4.5% of the EU’s GDP and employ 8.5 million people in Europe. The European audiovisual market is alone worth more than €100 billion and provides 1.2 million highly qualified jobs in the EU.

On 22 May, the Commission will also organise an event with representatives of national and regional film funds from Member States and third countries to discuss new funding tools available to the film industry.