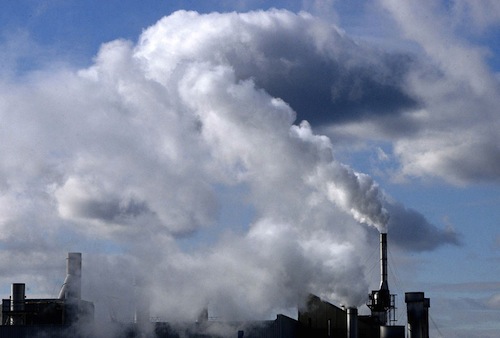 The dangers posed by air pollution are far larger than previously thought, the United Nations World Health Organization (WHO) has announced, as it renewed its call for rapid global action in reducing what it described as one of “the greatest hazards to human health.”

The warning came at the latest meeting of the UN Environment Programme’s (UNEP) Climate and Clean Air Coalition (CCAC), held in Paris, France, over the weekend, where health advocates were told that indoor air pollution had become the leading risk factor for “burden of disease” in South Asia while it was ranked second in Eastern, Central and Western Sub-Saharan Africa and third in Southeast Asia.

Ground-level ozone pollution was estimated to cause an additionally 200,000 premature deaths every year, the agency said in a press release, which notes that “burden of disease” is a calculation based on years of life lost combined with years lived at less than full health.

“Air pollution is becoming one of the biggest health issues we have in front of us at the moment,” Dr. Neira said.

The CCAC, whose partners include Member States and civil society health advocates, targets so-called short-lived climate pollutants, or SLCPs, as major culprits in the damage to health, as well as the cause of crop loss and climate change.

SLCPs that are harmful to human health are released through numerous sources ranging from diesel engine exhaust and smoke and soot from inefficient cook stoves to leakage and flaring from oil and natural gas production and emissions from solid waste disposal.

Pointing to cook stoves, for example, the UN health agency stated that many of those appliances emit carbon monoxide and other pollutants at levels up to 100 times higher than recommended limits.

In a press statement marking the meeting, UNEP noted that fast action on SLCPs could “dramatically” reduce the number of annual deaths from air pollution. Efforts to lower black carbon emissions from heavy-duty vehicles and engines were receiving “particularly strong attention” from the CCAC.

In addition, it added that the CCAC had already launched efforts to reduce black carbon and other pollutants from brick production through the adoption of modern technologies, which can lower the emission of pollutants by 10 to 50 per cent, while efforts to distribute clean cook stoves were already underway in Bangladesh.