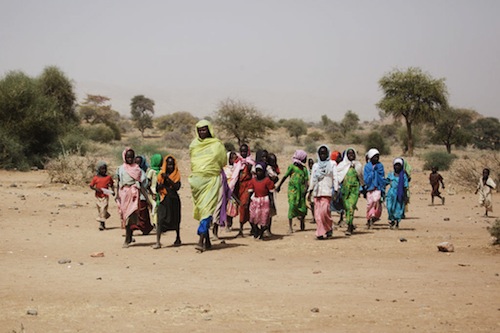 Tribal clashes over the control of gold mines located in Sudan’s Darfur region have subsided but security in the area remains tense and volatile, according to the United Nations-African Union peacekeeping mission operating in the region.

“The clashes have resulted in the alleged displacement of 60,000 persons and have reportedly claimed the lives of at least 100 persons,” the hybrid mission – known by the acronym UNAMID – said in an update.

The fighting erupted on 5 January in the Jebel Amer area near Kabkabiya, in North Darfur state, and resulted in a number of casualties, looting, the burning of nearby villages, and the displacement of thousands of civilians forced to flee towards towns of Kabkabiya, Saraf Omra and Al Sereif.

Following initial reports of the fighting, UNAMID dispatched a verification team to Jebel Amer. The team was informed that most of the displaced persons are currently living in schools, local council buildings and government buildings.

As part of its efforts to facilitate humanitarian assistance, UNAMID is today transporting by road 75 tons of relief items – including plastic sheets, blankets, jerry cans, mattresses and mosquito nets – to El Sereif and Garrah Azawia.

The peacekeeping operation has also provided escorts to UN World Food Programme (WFP) trucks carrying supplies, which have reached the town of Kutum and are expected to reach the district of Kabkabiya within a few days. In addition, it is actively supporting ongoing mediation and reconciliation efforts.

Established in July 2007, UNAMID has the protection of civilians as its core mandate. In addition, the peacekeeping operation is tasked with facilitating the delivery of humanitarian aid and assisting with an inclusive peace process in Darfur, where fighting broke out nine years ago, pitting Government forces and allied militiamen against rebel groups.