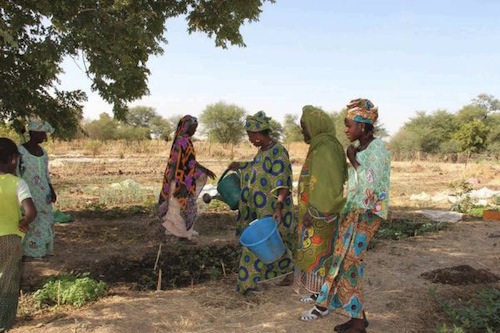 The growing regularity of droughts across the Sahel region has left millions in need of emergency food assistance, the UN humanitarian food agency announced, while also warning that malnutrition was still rampant in Senegal, Chad, Niger and Mauritania.

A spokesperson for the World Food Programme (WFP), Elisabeth Byrs, told reporters in Geneva that the UN agency already assisted six million people in the Sahel during the month of July – but cautioned that humanitarian needs still remained “huge” ahead of the October harvest.

“The increasing frequency of the droughts has had an eroding effect on the Sahel countries’ ability to cope and the local populations have barely had enough time to recover from the 2010 crisis and rebuild their assets before the situation degenerated again,” Byrs said.

Africa’s Sahel region, which stretches from the Atlantic Ocean to the Red Sea, and includes Chad, Mali, Mauritania, Niger, and parts of Sudan, Cameroon and Nigeria, has been regularly afflicted by food insecurity – UN humanitarian agencies estimate that there are currently some 18 million people facing food insecurity in the region, due to a combination of drought, volatile food prices, as well as political instability in some areas.

Byrs noted that many families were left with nothing to eat and had found their only sustenance in soups made from wild plants so bitter that animals often neglected to eat them.

“To make them edible, peasants boil the plants repeatedly so as to get rid of the bitter taste,” Byrs noted, adding that some households in the Sahel had been without food reserves for some seventh months.

Along with its partners, WFP is scaling up its activities to reach some 10 million people in the region with food assistance over the coming months, despite a $304 million shortfall in the $888 million sought in funding for its response activities in the Sahel.