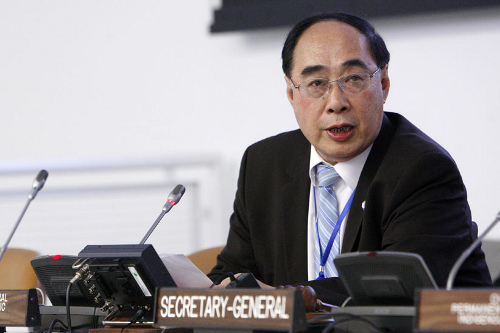 UN Under-Secretary-General for Economic and Social Affairs Wu Hongbo urges greater efforts to bridge the ongoing digital divide and ensure that everyone around the world can harness its benefits.

There were 2.3 billion Internet users worldwide at the end of 2011, he stated in his address to the Internet Governance Forum (IGF), which opened in Baku, Azerbaijan.

The theme for this year’s Forum is ‘Internet Governance for Sustainable Human, Economic and Social Development’ and reflects the increasing role of the Internet in the evolution of the various aspects of development, across all countries.

“This low number of Internet users in developing countries calls for increased efforts in shaping and implementing appropriate policies to assist everyone to harness the benefits of the Internet, and advance sustainable development,” stated Mr. Wu.

The Internet Governance Forum is an important venue to initiate discussions, and identify ways to address the digital divide. It was convened by the UN Secretary-General in 2006, as a multi-stakeholder forum for policy dialogue related to Internet governance issues. It includes the participation of governments, intergovernmental organizations, business representatives, the technical community, civil society organizations, as well as any individual Internet user interested in Internet governance issues.

“Clearly, the Internet is an important tool for development,” Mr. Wu stated. “It is utilized in multiple sectors, including health, education, agriculture and industry, disaster relief, and environmental protection, among so many others.”

“The current ITRs set the stage for the mobile revolution and the information society – and we are confident that the 2012 ITRs will help usher in the knowledge society,” the Secretary-General of the UN International Telecommunication Union (ITU), Hamadoun Touré, told participants at the Forum. “Simply put, WCIT-12 is about putting ICTs in the hands of all the world’s people.”

Concerning WCIT and the Internet, Mr. Touré stressed that “ITU continues to play its role in the realm of the Internet, as we have done since the Internet’s inception – for example through ITU-brokered and ITU-approved global standards for the critical transport layers of the Internet and Internet access technologies,” he said. “But this does not mean that ITU wants to ‘take over the Internet’ or ‘control the Internet’ – indeed, I don’t even know what that might or would really mean, in practical terms.”