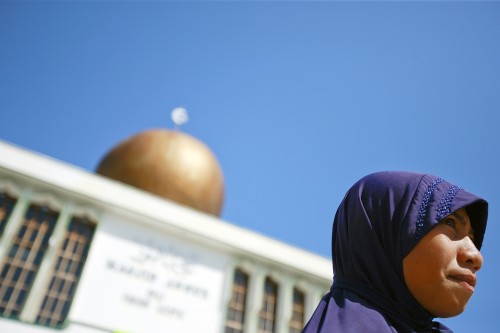 Islamophobia, or discrimination against Muslims, is widespread in many European countries while prejudice towards Muslims is often more visible than that affecting other religious or ethnic minority groups, according to  the first pan-European qualitative survey on Muslim communities in Europe, part of ENAR’s 2011/12 Shadow Report on Racism in Europe.

Manifestations of Islamophobia include discrimination and violence towards Muslims, criminal damage to Islamic buildings, and protests against the building of mosques even in countries, such as Poland, where some Muslim communities have been established and integrated for centuries. Muslim women and girls are particularly affected, facing an extreme form of double discrimination on the basis of both their religion and their gender. In France for instance, 85% of all Islamophobic acts target women.

In addition, anti-Muslim and anti-immigration discourses, promoted and exacerbated by both extremist and mainstream political parties, are fuelling discrimination and preventing ethnic and religious communities from participating fully in the European society and economy. This scapegoating is used as a deviation from the ‘real issues’ by many politicians to cover up a lack of vision and leadership in contributing as much as would be expected of them in steering the recovery of European societies.

Based on data collected by anti-racist civil society across Europe, the Shadow Report also highlights that discrimination continues to affect the lives of many ethnic and religious minorities throughout Europe as regards their access to education, employment, housing, goods and services as well as how they are treated by the police and criminal justice systems. For instance, Roma children form approximately one third of the ‘special needs’ school population in the Czech Republic. In Ireland, a study was conducted whereby fictitious CVs were sent to recruiters, half with recognizably Irish names and the other half with African, Asian and German names. It found that candidates with Irish names were twice as likely to be invited to interviews as non-Irish candidates with comparable levels of skills and qualifications.

ENAR Chair Chibo Onyeji said:  ”The current climate of rising xenophobia and racist violence reflected in our Shadow Report findings should not obliterate the fact that, whatever our skin colour or our beliefs, we all strive for a better life, a better future, with better chances for our offspring. No special privileges are expected, but a clear political commitment to equality and inclusion for all people living in Europe is.”