Posted on: August 2nd, 2013 by AlYunaniya Staff No Comments 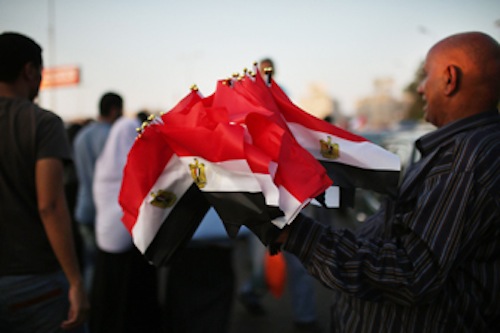 Egypt’s civilian government should order a halt to any immediate plans to disperse the two Muslim Brotherhood sit-ins in Cairo by force and deal peacefully with any problems arising. The authorities should respect the rights of all to peaceful assembly, Human Rights Watch said.

On July 31, 2013, the government authorized the interior minister to “take all necessary measures” to “confront violence and terrorism” in the sit-ins, but did not elaborate what those measures would be. In dealing with protests, Egypt’s security forces have regularly resorted to excessive use of force, killing at least 137 people in the past month alone.

“To avoid another bloodbath, Egypt’s civilian rulers need to ensure the ongoing right of protesters to assemble peacefully, and seek alternatives to a forcible dispersal of the crowds,” said Nadim Houry, deputy Middle East director at Human Rights Watch. “The police’s persistent record of excessive use of force, leading to dozens of deaths this month, and the density of the sit-ins mean that hundreds of lives could be lost if the sit-in is forcibly dispersed.”

As a state party to the International Covenant on Civil and Political Rights and the African Charter on Human and Peoples’ Rights, the Egyptian authorities are required to protect and ensure the right to assemble peacefully. This means they must facilitate demonstrations and ensure they can take place peacefully.

Any restrictions imposed must be for a legitimate aim, nonarbitrary, and according to law. And any restrictions may not discriminate on grounds such as political belief, and must be necessary and proportionate to the aim pursued. Prohibition of any particular demonstration, including dispersal, must be a last resort. Imposition of restrictions and bans on demonstrations should be subject to appeal before an independent and impartial court.

Human Rights Watch visited the two main protest sites, in Rab’a al-Adawiya and al-Nahda square, both of which were densely populated with women, children, and men who have been staging a month-long sit-in to protest the removal of President Mohammed Morsy.

Over the past weeks, some residents of the buildings surrounding the sit-in in Rab’a al-Adawiya have filed formal complaints because of their inability to easily access their building entrances. Media reports have circulated claiming some Morsy supporters abused individuals they suspect of being “infiltrators” of the sit-in. Witnesses have reported seeing protesters armed with guns at the Giza sit-in. Human Rights Watch interviewed one man who said he and a group of men grabbed and detained another man under the Nahda stage along with eight other captives, as well as a boy who said protesters at Nahda beat him, subjected him to electric shocks, and cut him with bladed weapons.

The Egyptian authorities are required to take the utmost care in the choice of means and methods employed by its security services when confronting or dispersing a protest. The authorities must ensure that thorough planning takes place before any operation is carried out and then ensure that the operation is carried out in a way that minimizes harm or any risk to life. This planning should include giving advance notice to protesters so they can respond to dispersal requests by the security forces, HRW said.