Posted on: March 31st, 2012 by AlYunaniya Staff No Comments 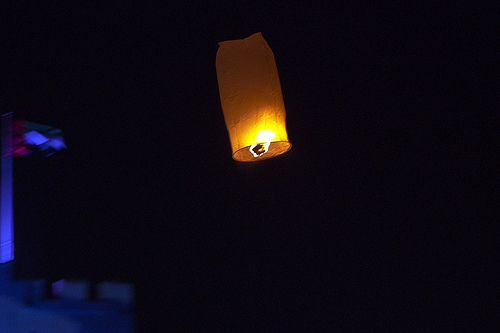 Hundreds of millions of people, businesses and governments around the world unite each year on March 31 to support the largest environmental event in history – Earth Hour.

More than 5,200 cities and towns in 135 countries worldwide switched off their lights for Earth Hour 2011 alone, sending a powerful message for action on climate change. It also ushered in a new era with members going Beyond the Hour to commit to lasting action for the planet. Without a doubt, it’s shown how great things can be achieved when people come together for a common cause.

The United Nations turned off the lights for one hour at its Headquarters in New York and other facilities around the world in observance of “Earth Hour”, an annual global event that seeks to raise awareness on the need to take action on climate change.

Secretary-General Ban Ki-moon said in a statement that the UN was turning off its lights “in solidarity with men, women and children – 20 per cent of all humankind – who live with no access to electricity.”

Mr. Ban, who in September launched an initiative to achieve universal and sustainable access to this vital resource, called Earth Hour “a symbol of our commitment to sustainable energy for all,” and underscored the need to “fuel our future with clean, efficient and affordable energy.”

Earth Hour, launched in 2007 in Australia by the World Wide Fund for Nature (WWF), calls for people, organizations and cities to turn off their non-essential light for one hour starting at 8:30 p.m. local time.

This is the third year that the United Nations joins hundreds of millions of people around the world in switching off the lights. Last year, more than 5,200 cities and towns in 135 countries participated in the event.

While the actual hour is a symbolic call to action on climate change and not intended as an energy-saving measure, event organizers are asking people to “go beyond the hour” and take meaningful steps to reduce their energy consumption after the light go back on.

Secretary-General of the UN Sustainable Development conference (Rio+20) that will take place this June in Brazil, Sha Zukang, said Earth Hour is an event that helps people think about the need to take actions that promote sustainable development.

“We cannot continue business as usual. We need to rethink the way we use our resources, how we promote well-being and protect the environment. We need to pursue new ideas,” Mr. Zukang said.