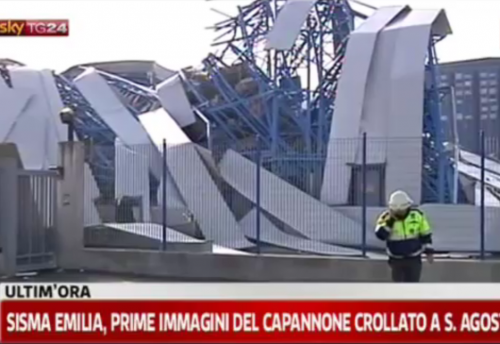 At least three people  have been killed and 50 others  injured in a 5.9-magnitude earthquake near the northern Italian city of Bologna early in the morning, according to Italy’s Sky TG24 .

Thousands of people in the area poured into the streets after the quake, felt in the major towns of Bologna, Modena, Ferrara, Rovigo, Verona and Mantua in Northern Italy.

The eartquake  lasted around 20 seconds and was followed by several aftershocks. The quake, which initially registered at magnitude 6.3, was centered 35km north-northwest of Bologna in northern Italy at a relatively shallow depth of 10 km, the USGS said. The initial quake was followed about an hour later by a 4.9-magnitude temblor, Italy’s civil protection said. And it was preceded by a magnitude-4.1 quake in the same area, according to SKY TG24

In late January, a 5.4-magnitude quake shook northern Italy. Some office buildings in Milan were evacuated as a precaution and there were scattered reports of falling masonry and cracks in buildings.

The last major earthquake to hit Italy was a 6.3 magnitude quake in the central Italian city of L’Aquila in 2009, leaving behind nearly 300 people dead.