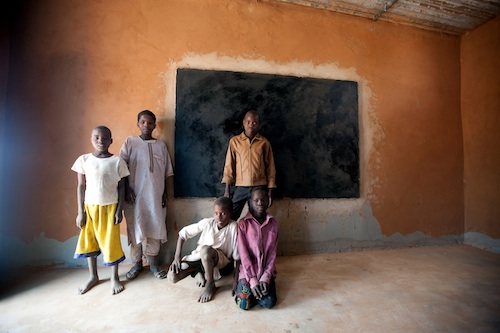 “We are nearing the goal of universal ratification, strengthening children’s protection from violence and bringing to an end the impunity for incidents of sexual exploitation and abuse,” the Special Representative of the Secretary-General on Violence against Children, Marta Santos Pais, said in a statement. Radhika Coomaraswamy, the Secretary-General’s Special Representative for Children and Armed Conflict, added: “Ratification, followed by a proper implementation and rigorous enforcement, can make a real difference for children caught in conflict and vulnerable to exploitation.”

The campaign for universal ratification of the Optional Protocols to the Convention on the Rights of the Child – a universally agreed set of non-negotiable standards and obligations, providing protection and support for the rights of children – was launched by Secretary-General Ban Ki-moon in May 2010. It is a UN system-wide effort, promoted by the Ms. Santos Pais, Ms. Coomaraswamy, the UN Children’s Fund (UNICEF) and the Office of the UN High Commissioner for Human Rights (OHCHR).

The Protocol on the Sale Children, Child Prostitution and Child Pornography provides guidance for States in their efforts to prohibit and prevent sexual violence and exploitation of children and the prosecution of perpetrators. It also protects children from sale or trafficking for purposes such as forced labour, illegal adoption or organ donation.

The Protocol on the Involvement of Children in Armed Conflict prohibits the use of children in hostilities and urges all States to set their minimum age of conscription at I8 years. It also prohibits the recruitment by armed groups of children under the age of 18.

Ms. Santos Pais and Ms. Coomaraswamy emphasized that although steady progress has been made, much more remains to be done, noting that 46 Member States have not ratified the protocol on child soldiers.

“I urge conflict-affected countries to ratify this treaty as a matter of urgency and those in peace and with no standing armies to follow suit in a symbolic gesture to end the outrageous practice of child recruitment,” said Ms. Coomaraswamy.

Ms. Santos Pais stressed that ratification is a crucial step towards implementation. “In our struggle to eliminate sexual exploitation of children there can be no room for complacency,” she said.