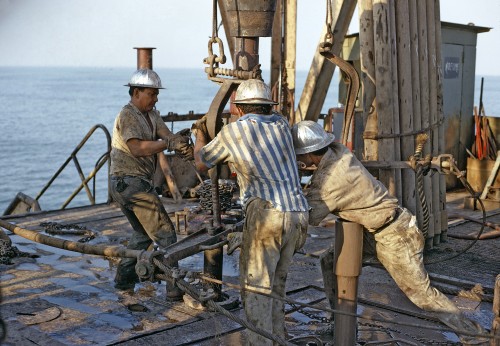 Head of the Egyptian Natural Gas Holding Company, canceled its natural gas agreement with Israel . The announcement was made Sunday by Egypt’s national gas company EGAS, according to The Marker, an Israeli business daily.

The 2005 Egypt-Israel gas deal has been viewed by many Egyptians with great suspicion while critics point out Israel got gas at below market prices making the deal a rip-off for Egypt.

Israel claims it is paying a fair price for the gas.

The 1979 peace treaty, the largest trade deal between the two countries, which required Egypt to supply Israel with oil, was later amended to natural gas.

Egypt’s pipeline in the Sinai supplying natural gas to Israel has been attacked 14 times since uprisings began in February 2011 causing disruption in gas supplies.

The attacks believed to oppose the sale of gas to the Israel became  more frequent and supplies were halted after the overthrow of Mubarak in February, reuters reports.

Egypt supplied Israel with more than 40 percent of its natural gas needs to produce electricity. Meanwhile, electricity prices have risen by more than 20 percent in Israel since the attacks began, according to JTA.

Israeli officials believe that immediate exploitation of two major natural gas fields off the country’s northern coast could compensate for the loss of Egyptian gas.

Israel has already moved to begin exploiting the fields, signing a deal with Cyprus.

Furthermore, Mohamed Shoeb, the head of the Egyptian Natural Gas Holding Company, said the decision to cancel the deal was not political.

“This has nothing to do with anything outside of the commercial relations,” Shoeb told The Associated Press.

He said Israel has not paid for its gas in four months. Israeli Foreign Ministry spokesman Yigal Palmor denied that.

Shoeb told Egyptian TV that the decision to terminate the deal was made  Thursday because “each side has rights and we are representing our rights.”

An agreement was reached in 2005 between the Israeli and Egyptian governments as part of a political agreement according to which Cairo undertook to allocate 7 billion cubic meters (BCM) of Egyptian gas to the Israeli market for 20 years, with an option to double the supply, according to Haaretz.