Egypt: Prosecutor general rejects move by Mursi to remove him from his post 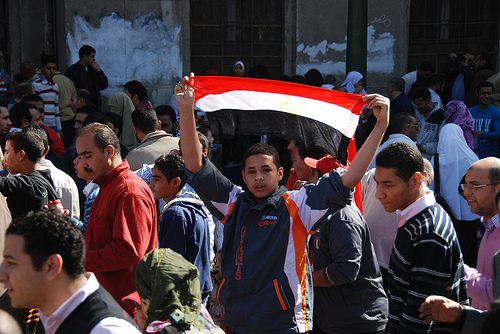 Prosecutor general Abdel-Maguid Mahmoud issued a statement on Thursday night rejecting a move by President Mohamed Mursi to remove him from his post, a day after all 24 defendants in the Cairo “Camel Battle” case were acquitted, according to state media.

He added that he will remain in his current until the end of his mandate according to the judiciary law.

According to the Egyptian legal system, the president doesn’t have the power to dismiss the prosecutor general from office, state-run media Al Ahram reported.

Earlier on Thursday Egypt’s President Mohamed Morsi removed Mahmoud from the post he has held since 2006. He appointed him ambassador to the Vatican.  The state broadcaster said that his transfer was made by presidential decree.

Mahmoud was considered to be a remnant of ousted president Hosni Mubarak’s regime.

Earlier on Thursday, hundreds of protesters demonstrated in Cairo against the acquittal of the 24 Mubarak-era officials. The Youth Movement of April 6, had called for demonstrations on Thursday and Friday, demanding that the accused in this case be “retried” , according to Al Jazeera, while,  various political parties and groups also have called for demonstrations on Friday against the country’s Islamist-dominated Constituent Assembly, to demand that a more representative body be formed and justice be done for protesters killed or tortured last year.

Almost 850 people were killed in the popular protests that led to Mubarak’s ouster on February last year.