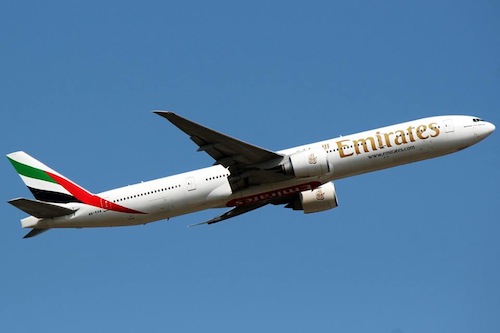 Emirates, one of the world’s fastest growing airlines, has resumed passenger flights to Tripoli, the capital and largest city of Libya.

With the departure of the first flight from Dubai International airport this week, Emirates has re-established a key route offering Libyan travellers access to its global network that spans six continents.

“We are now connecting Tripoli not only to Dubai, but also to our worldwide network of more than 130 destinations. Solid early bookings have demonstrated the demand, opening up new markets for passengers to and from Libya,” said Adil Al Ghaith, Emirates’ Vice President Commercial Operations Northern and Western Africa. “Libya is showing healthy economic growth and the re-launch of our flights to Tripoli will help to support business and international trade from Tripoli to the rest of world.”

Emirates now serves Tripoli three times a week with a quick stop in Malta, utilising a Boeing 777-200ER which provides First Class, Business Class and Economy Class travel. EK745 leaves Dubai every Sunday, Tuesday, and Thursday at 0930hrs arriving in Malta at 1325hrs. The service departs Malta at 1455hrs arriving in Tripoli at 1555hrs. The return flight leaves Tripoli International Airport at 1725hrs and lands in Dubai at 0100hrs the next day.

Tripoli is one of the main hubs of Libya’s economy and, home to many of the country’s largest local and international companies. In June 2012, Emirates re-opened its Tripoli town office enabling customers to book travel on Emirates’ services outside of Libya.

Supporting trade between Tripoli and the rest of the world, Emirates SkyCargo introduced a freighter service to the city in May 2012, helping import a variety of goods such as electronics from the Far East to drilling equipment from the US. The resumption of passenger flights also enables Emirates SkyCargo to better serve Libyan cargo customers by offering a total weekly capacity of over 100 tonnes and more frequent connections with their supplier markets.

Libyan travellers now once again enjoy the renowned service from the airline’s international cabin crew recruited from over 130 countries, gourmet cuisine and award winning ice system with more than 1400 channels of entertainment and the connectivity to send and receive emails and text messages.

Emirates has a fleet of 201 aircraft and is the world’s largest operator of A380 and Boeing 777 aircraft, flying to 134 destinations in 74 countries across six continents.