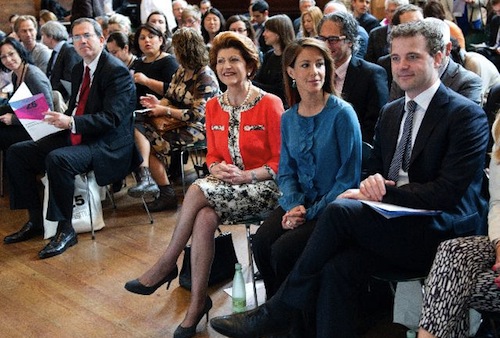 The European Commission has launched a new dialogue with Southern Mediterranean countries on higher education policies and programmes as part of its roadmap for anchoring progress in the region following the 2011 ‘Arab Spring’. Androulla Vassiliou, the European Commissioner for Education, Culture, Multilingualism and Youth, is hosting a two-day event in Brussels (2-3 July) with Ministers and senior officials from Southern Mediterranean countries to assess the challenges they face in higher education and to see how the EU can strengthen its cooperation and support for them in the future. George Demosthenous, the Cypriot Minister of Education and Culture, is representing the EU Presidency at the event. Other Ministers taking part include Fathi Akkari, Libya’s Deputy Minister for Higher Education.

Speaking at the launch, Commissioner Androulla Vassiliou said: “The future of Southern Mediterranean countries lies of course in the hands of their people and leaders. But the European Union is ready to lend its support to political, economic and social development. We have therefore moved to anchor our new partnerships in joint commitments to the values we all cherish: democracy, human rights, good governance, rule of law and social justice. Education is central to our efforts. In order to reach our objectives of a democratic and prosperous Southern Mediterranean, we need to concentrate on young people.”

The European Commission has significantly increased funding for the Southern Mediterranean through its international higher education programmes, Tempus and Erasmus Mundus. Tempus, which supports the modernisation of higher education, has received an additional € 12.5 million in 2012 and 2013, taking total spending to € 29 million a year. Erasmus Mundus, which promotes European higher education and intercultural cooperation through cooperation with non-EU countries, will allocate € 80 million in Southern and Eastern neighbouring countries in 2012-2013, more than double the amount initially foreseen.

The new policy dialogue covers Algeria, Egypt, Israel, Jordan, Lebanon, Libya, Morocco, Tunisia and the Occupied Palestinian Territories. Syria may be invited to join it at a future date.