Posted on: April 24th, 2012 by Mayowa Aderinto No Comments

EU-Morocco deepening and strengthening their relations 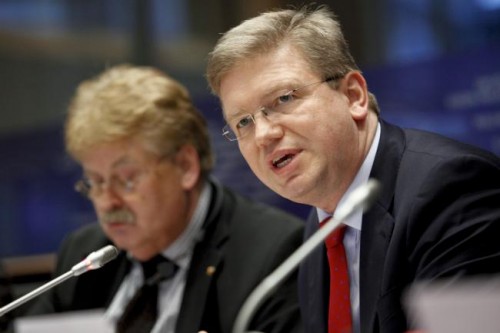 The 10th EU-Morocco Association Council,which took place on Monday in Luxemburg, was an occasion for both sides to examine their bilateral and future relations and to give momentum to their partnership, knowing that the Association Agreement’s free trade section expired after the dismantling of tariffs in March 2012, according to Morocco world news.

According to EU commissioner Štefan Füle, the new Action Plan will be fully in line with the political, economic and social reform agenda of Morocco and with the EU’s renewed approach to the European Neighbourhood Policy.

The Action Plan contains orientations for progressive alignment to EU legal and regulatory acts in key areas in order to establish closer economic integration with the EU with benefits for Morocco in terms of: foreign investment, market access, competitiveness and job creation.

The comissioner highlighted  the forthcoming entry which will come into force by July 1 2012 of the Agreement on liberalisation of trade in agriculture and announced the first additional allocation of 80 million under the new “Spring” facility for Morocco in order to promote economic and social development and human rights governance.

“Morocco is playing very important role in the regional cooperation; we are going to talk also about the Union for Mediterranean and about Maghreb Arab Union and its cooperation with the EU” said Štefan Füle

Since the last session of the Association Council in December 2010, the Morocco-EU partnership made huge steps through several crutial actions such as the adoption by the European parliament of a resolution on Morocco’s participation in community programs and agencies and its vote in favor of the Morocco-EU agriculture agreement.