Posted on: July 15th, 2013 by Dimitris Ioannou No Comments

EU: opportunity for Blue Growth in the Mediterranean sea 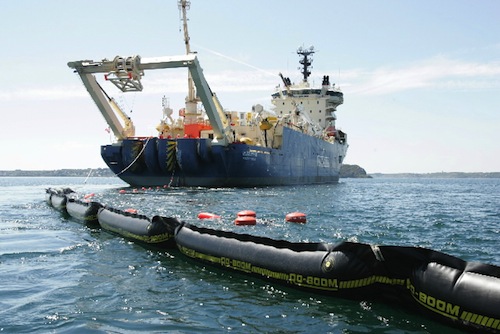 A new study presented by the European Commission finds that the establishment of maritime zones, including Exclusive Economic Zones (EEZs), in the Mediterranean would benefit the EU’s Blue Growth and wider sustainability agendas. The study looks at the costs and benefits of establishing maritime zones in the Mediterranean and provides an analysis of the impacts of establishing EEZs on different sea-based activities. EEZs could allow for a more effective spatial planning policy, which in turn could help attract investments and further economic activities.

Maria Damanaki, European Commissioner for Maritime Affairs and Fisheries stated: “There are huge untapped opportunities in the Mediterranean Sea, which could come to fruition by establishing Exclusive Economic Zones (EEZs). The proclamation and establishment of maritime zones remains the sovereign right of each coastal State. It is our joint EU responsibility to ensure that the right conditions are in place for the blue economy to flourish. Mediterranean coastal states could agree on their maritime zones on the basis of the United Nations Convention on the Law of the Sea (UNCLOS).”

The study focuses on the opportunities which EEZs and other similar zones would bring in terms economic costs and benefits, sustainability and governance of marine space and should be viewed in the context of the European Commission’s Blue Growth agenda.

The EU Blue Growth Strategy aims at creating sustainable economic growth and employment in the marine and maritime economy to help Europe’s economic recovery. These economic sectors provide jobs for 5.4 million people and contribute a total gross value added of around 500 billion euros. By 2020, these should increase to 7 million and nearly 600 billion euros respectively. It highlights the five areas with the greatest potential for growth: blue energy, aquaculture, maritime, coastal and cruise tourism, marine mineral resources and blue biotechnology.