Posted on: September 30th, 2012 by AlYunaniya Staff No Comments

Experts to assist South Sudan in establishing their first museum 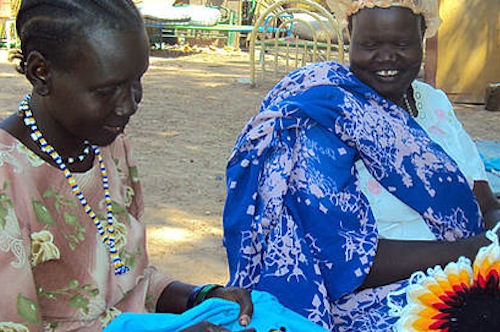 The National Museum aims to tell the story of South Sudan and its people. Therefore, as many people as possible will be consulted to provide their inputs and ideas on how this story should be told.

The experts, from the British group Metaphor, will give public lectures at universities, organize workshops with high school youth, hold meetings with government and parliament officials, and conduct field visits. There will also be social media platforms to engage young people and especially the large number of South Sudanese living abroad.

The absence of a traditional arts collection, combined with the unique historic context of South Sudan and the role that the National Museum is to play as a symbol of nationhood and democracy, requires the conceptual design of the National Museum to precede any planning of the construction and development of the institution.

South Sudan became the world’s newest country in July 2011 after decades of nearly continuous conflict. . Understanding and promoting the country’s rich diversity represents a key part of the solution as well as one of its main challenges. Culture lies at the basis of sustainable peace and development in South Sudan.

The young Government of South Sudan is working towards fostering a national identity that respects its diversity, which will be among the key requirements for sustaining peace and social stability.

Significant progress has been made in recent years, but South Sudan remains one of the most under-developed countries in the world and the government is facing one of the largest capacity gaps with over half of its civil servants having completed primary education. State-level institutions, capacities and relevant policies need to be built, including in r the culture sector, which has currently no institutions or policies in place.

South Sudan’s first National Museum will be created taking into account the country’s development challenges at all levels. It will be accessible to a population (73% of which is illiterate) and will feature an outreach programme that allows for the participation of even the most remote communities in the country. The building will take into account South Sudan’s energy restraints, and the need to use sustainable building technologies.

According to an UNESCO announcement, the potential of the first National Museum is an important -and neglected- resource in the construction of South Sudan; not only embodied in its intrinsic link with the culture and history of the country, but also in the institution’s potential contribution tto promoting education and life-long learning as well as a participatory and democratic society. A museum that tells stories and teaches history through objects, sound recordings, written texts and video images; a museum about South Sudan’s people, about the different cultures and communities, the customs and traditions, the refugees, returnees and diaspora, the young and the old, the women and the men; a museum about arts, crafts and cultural expressions

It is hoped that the National Museum of South Sudan will be a place where South Sudan’s people, their culture and their history are presented in an innovative and interactive manner. It will be a place for learning – about South Sudan, its culture and heritage, the struggle for independence, and the creation of a new state. It will provide an opportunity to move beyond an identity based on independence and conflict alone, by highlighting the rich heritage of its people. As such, the National Museum will need to be designed as an interactive educational institution, reflecting South Sudan’s rich cultural diversity.