Posted on: September 24th, 2012 by AlYunaniya Staff No Comments

Five journalists killed in Somalia in the past week 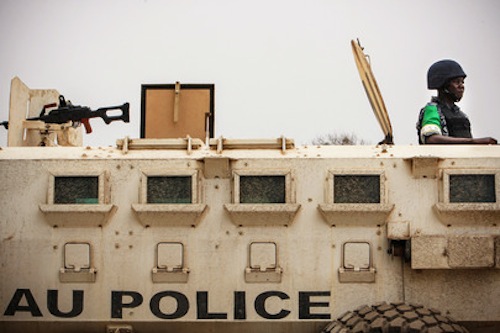 The head of the United Nations agency tasked with defending press freedom today expressed her concern and anger over the killing of five journalists in Somalia in the past week.

“I am horrified by the sudden upsurge of violence targeting the media in Somalia,” said the Director-General of the UN Educational, Scientific and Cultural Organization (UNESCO), Irina Bokova, adding that the killings are an outrage against the whole nation.

“They are also an extreme violation of the right to freedom of expression and freedom of the press – both essential for the construction and functioning of healthy democracies, and especially important in a nation trying to rebuild after so many years of conflict,” she added.

The journalists were killed in three separate attacks occurring on 16, 20 and 21 September.

On Friday, Hassan Youssouf Absuge, a well-known radio journalist, was shot dead as he left the studios of Radio Mantaa, and independent station for which he was the programme director.

On Thursday, three journalists – Liban Ali Nur, head of news at Somali National TV, Abdisatar Daher Sabriye, head of news at Radio Mogadishu, and Abdirahman Yasin Ali, director of Radio Hamar (Voice of Democracy) – were killed and four others injured in a double suicide-bombing at a popular restaurant frequented by journalists in Mogadishu, the capital.

Four days earlier, Zakariye Mohamed Mohamud Moallim, who worked as an independent cameraman, was shot dead in the Nasib Bundo neighbourhood of Mogadishu.

“I urge the Somali authorities to do everything in their power to bring the perpetrators of these outrageous crimes to justice,” Ms. Bokova said.

These latest killings bring to 13 the number of journalists killed in Somalia this year and 26 the number killed since 2008, UNESCO said in a news release.