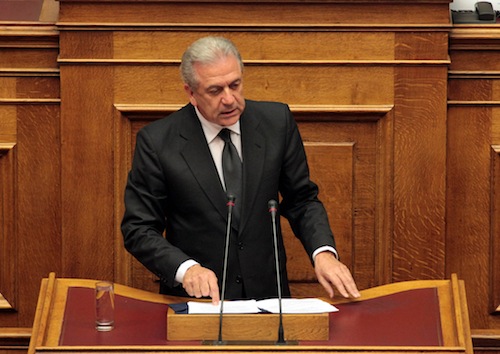 Foreign Minister Dimitris Avramopoulos will be in New York City on Thursday, 21 February 2013, for a meeting with UN Secretary General Ban Ki-moon.

The agenda for Mr. Avramopoulos’s talks with the UN Secretary General includes the negotiations on the FYROM name issue, the Cyprus issue, and issues concerning the stability and security of the wider region of Southeast Europe, the Eastern Mediterranean and North Africa.

Within the framework of his visit to New York City, Mr. Avramopoulos will attend a working luncheon with representatives of the Hellenic Initiative to discuss the attraction of investments to Greece and the strengthening of Greece’s international image.

Mr. Avramopoulos will also meet on Thursday morning with His Eminence Archbishop Demetrios of America.