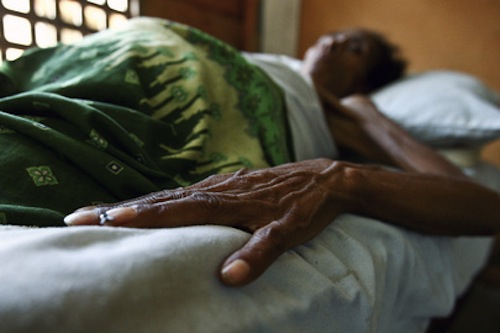 Despite great progress within a short time, the 29 French-speaking countries of sub-Saharan Africa are lagging far behind other states in the region in the battle against HIV/AIDS and need a massive increase in international aid, according to a United Nations report issued yesterday.

“It is decision time for La Francophonie,” Michel Sidibé, the Executive Director of the Joint United Nations Programme on HIV and AIDS (UNAIDS), told a news conference in Kinshasa, the capital of the Democratic Republic of Congo (DRC), where the report was released at a summit meeting of the 56-member state International Organization of La Francophonie (IOF), a grouping of one of the biggest linguistic zones in the world.

“While out actions so far are laudable, they will not take us to the finish line. We must redouble our efforts for the AIDS response and act decisively,” Sidibé said, stressing that an additional $1.4 billion in international aid, a 160 per cent increase over current funding levels, will be needed annually by 2015 to fill the gap, together with a $120 million increase by the countries themselves.

In 2011, an estimated 3.1 million people were living with HIV in low- and middle income IOF countries in sub-Saharan Africa, accounting for 10 per cent of the global total, according to the report, ‘Decision Point La Francophonie: No new HIV infections, no one denied treatment.’ HIV prevalence varies widely among member countries in sub-Saharan Africa, from less than 0.3 per cent to 5 per cent of the adult population.

An estimated 826,000 people in low- and middle-income IOF countries were receiving HIV treatment in 2011, up from just 26,000 in 2003, according to the report. Increased access to HIV treatment resulted in a nearly 30 per cent decline in AIDS-related deaths between 2004 and 2011.

But despite this commendable progress, an estimated 970,000 people are still waiting to access life-saving HIV treatment in IOF countries, accounting for 14 per cent of the global treatment gap.

Despite this progress, however, an estimated 450,000 children are living with HIV in low- and middle-income IOF member states of sub-Saharan Africa, according to the report. Coverage of HIV medicines to prevent transmission from pregnant women to their children in these countries remains low, at 36 per cent compared to 62 per cent coverage among non-IOF countries in the region.