‘Friends of Yemen’ to continue support for transition and humanitarian crisis 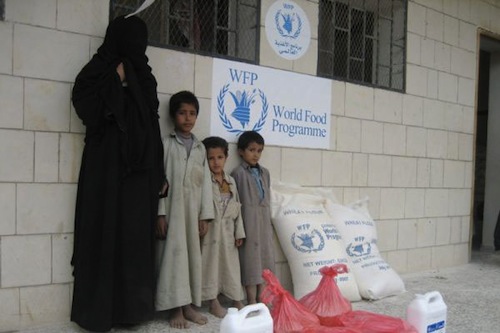 The international community has a responsibility to assist the people and the Government of Yemen in its democratic transition, a top United Nations political official said, adding that further efforts are needed to address the humanitarian crisis in the country.

“Despite progress, Yemen’s transition remains fragile,” Under-Secretary-General for Political Affairs Jeffrey Feltman said at the opening of the latest ‘Friends of Yemen’ meeting in London.

Thirty-nine organizations and countries attended the meeting to discuss the political, economic, security and humanitarian sectors in Yemen, which has been undergoing a democratic transition, under the leadership of President Abdrabuh Mansour Hadi Mansour, who came to power in the February 2012 election.

Feltman noted that the meeting comes at a “critical juncture” in the transition process – just after the anniversary of Hadi’s election and on the eve of the start of the much anticipated all-inclusive national dialogue, which will feed into a constitution-making progress and pave the way for general elections to be held in 2014.

“President Hadi and the Government have called for sustained international support to Yemeni efforts to keep the process on track. The Friends of Yemen should live up to this call,” he told participants, reminding them that they have a solemn responsibility to stand by the people of Yemen and see the transition succeed.

In the outcome document from the meeting, participants, among other things, stressed their full support for the unity, sovereignty, independence and territorial integrity of Yemen, and reiterated the importance for the transition to be inclusive and a Yemeni-led process.

Also speaking at the meeting, the UN Special Envoy for Yemen, Jamal Benomar, said the country stands at a “serious crossroad in its transition” with critical stages still ahead such as the upcoming national dialogue conference, building a new constitution and electoral reform.

“All this against a grave and serious backdrop of a humanitarian crisis for which funding remains critically short, a fragile economy with Yemenis yet to feel a tangible impact on their daily lives, and multiple conflicts continuing across the country…” he stated.

On the positive side, he said the national dialogue conference is a sign that “there is a new politics in the making in Yemen.” The UN has been aiding the preparations for the conference, which is being organized by the “most inclusive committee in Yemen’s political history” – including a range of political party leaders, youth, women, members of the Al Houthi armed group and southern separatists.

In addition, the UN in Yemen developed an Integrated Programme and established a Trust Fund to pool international aid for non-humanitarian projects. Pledges currently stand at $17 million.

Benomar also urged Yemen to establish a commission of inquiry to address transitional justice, and to reach consensus on how to address the legacy of the past, saying that “only with these steps, can Yemen open a new page and ensure a path to national reconciliation.”

Ahead of today’s meeting, UN aid agencies and their partners stressed that there would be no prospects for recovery and development in Yemen unless the humanitarian situation was urgently addressed.

In the past two years, violence forced hundreds of thousands of people to flee their homes. Most of those fleeing the violence last year in the south have now returned home. The humanitarian community said today that for the returns to be sustainable, “urgent assistance is required to restore damaged infrastructure and basic services and to re-establish law and order.”

The insecurity also led to the near-collapse of most basic services and an increase in poverty, causing alarming rates of food insecurity and malnutrition. More than 10 million people – almost half the country’s population – are estimated to need food assistance, according to the World Food Programme (WFP). Child malnutrition rates are also among the highest in the world with close to half of Yemen’s children under five years – two million children – stunted and one million acutely malnourished.

The 2013 Yemen Humanitarian Response Plan called for $716 million to provide emergency and early recovery assistance to 7.7 million of the country’s most vulnerable. The figure represents a 22 per cent increase over last year’s plan, which was only 58 per cent funded.

“New donor commitments towards the Humanitarian Response Plan will be critical – not only to addressing human suffering but also to make the progress towards recovery irreversible,” the UN Resident and Humanitarian Coordinator for Yemen, Ould Cheikh Ahmed, said in a press release issued on behalf of the Yemen Humanitarian Country Team.

“If stability is to be maintained and the cycle of violence broken, root causes of the conflict must be addressed, especially unemployment and poverty,” said the Team, which comprises 89 international and national organizations, including UN agencies, under the leadership of the UN Humanitarian Coordinator.

The Team called 2013 a crucial year for assistance, and also a “year of opportunity” to focus on building Yemenis’ resilience through restoration of livelihoods and capacity building for local organizations and communities.