Funding gap threatens to interrupt progress in fight against TB 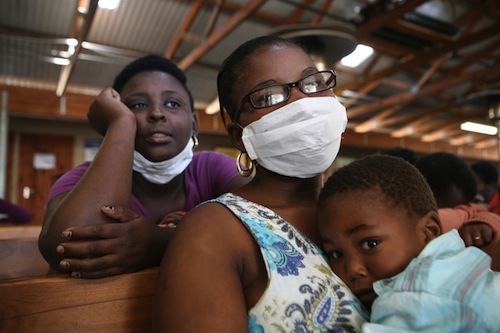 Despite progress in the global fight against tuberculosis (TB), the gains so far remain fragile and more needs to be done to eliminate the disease, the UN health agency said Tuesday, as it launched a report reviewing anti-TB efforts.

“The momentum to break this disease is in real danger,” said the Director of the Stop TB Department of the UN World Health Organization (WHO), Dr. Mario Raviglione. “We are now at a crossroads between TB elimination within our lifetime, and millions more TB deaths.”

The UN official’s comments came as the health agency released the WHO Tuberculosis Report 2012, which finds that an estimated 20 million people are alive today as a direct result of TB care and control. The report features data from 204 countries and territories, and covers all aspects of TB, including multi-drug-resistant tuberculosis (MDR-TB), TB’s links to HIV, research and development and financing.

“In the space of 17 years, 51 million people have been successfully treated and cared for according to WHO recommendations,” Dr. Raviglione said. “Without that treatment, 20 million people would have died.”

Despite the progress, TB remains a major infectious killer, according to the report. Among its findings, the report notes there is continued decline in the number of people falling ill from TB, but still an enormous global burden, with 8.7 million new cases in 2011.

As well, it notes an estimated 1.4 million deaths from TB, including half a million women, underlining the disease as one of the world’s top killers of women; and persistently slow progress in the response to MDR-TB, with diagnosis of only one in five presumed cases worldwide.

However, the report also notes that there is a $1.4 billion funding gap per year for research and development into new ways to combat TB – in addition to a $3 billion per year shortfall over 2013-2015, which could have severe consequences for TB control.

“This gap threatens to hold back delivery of TB care to patients and weaken measures that prevent and control the spread of TB, with low income countries at most risk,” said Dr Katherine Floyd, who coordinated the team which produced the WHO Tuberculosis Report 2012.

To address this, WHO is calling for targeted international donor funding and continued investments by countries themselves to safeguard recent gains and ensure continued progress. Currently, 90 per cent of external donor financing for TB is provided by the UN-backed Global Fund to Fight AIDS, Tuberculosis and Malaria.

But while decrying the funding gap, the report also offers reason for hope. It praises the worldwide roll-out of a new diagnostic device capable of testing patients for TB, including drug-resistant TB, in just 100 minutes. The fully automated nucleic acid amplification test (NAAT), which can diagnose TB and rifampicin-resistant disease, is now available in 67 low- and middle-income countries.

Adoption of the ‘while you wait’ test is expected to further accelerate following a recent 41 per cent fall in the price of the test, WHO said in a news release.

The report also points to the promise of medical breakthroughs from new TB drugs – the first in over 40 years – which could be on the market as early as 2013.

“Indeed, tools to prevent, detect and treat all forms of TB are steadily advancing through the R&D pipeline,” WHO said, adding, “Progress means that a new TB vaccine and a ‘point-of-care’ diagnostic could be available within the next decade.”