Posted on: September 5th, 2012 by Julie Jalloul No Comments 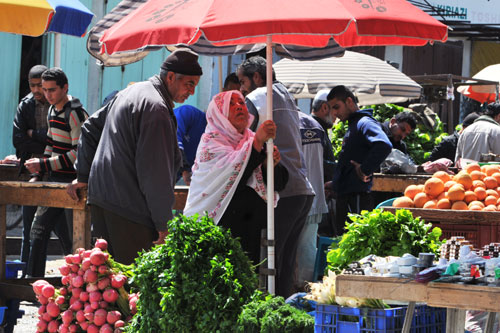 Global food prices soared by 10 percent in July from a month ago, with maize and soybean reaching all-time peaks due to an unprecedented summer of droughts and high temperatures in both the United States and Eastern Europe, according to the World Bank Group’s latest Food Price Watch report.

From June to July, maize and wheat rose by 25 percent each, soybeans by 17 percent, and only rice went down, by 4 percent. Overall, the World Bank’s Food Price Index, which tracks the price of internationally traded food commodities, was 6 percent higher than in July of last year, and 1 percent over the previous peak of February 2011.

“Food prices rose again sharply threatening the health and well-being of millions of people,” said World Bank Group President Jim Yong Kim. “Africa and the Middle East are particularly vulnerable, but so are people in other countries where the prices of grains have gone up abruptly.”

Overall, food prices between April and July continued the volatile trend observed during the previous 12 months, which halted the sustained increases between mid-2010 and February 2011. Prices increased in April, came down in May and June, and sharply increased in July.

According to Food Price Watch, weather is the critical factor behind the abrupt global price increases in July. The drought in the U.S. has resulted in vast damages to the summer crops of maize and soybeans, for which the country is the world’s largest exporter. Meanwhile, the dry summer in the Russian Federation, Ukraine, and Kazakhstan has contributed to

Droughts have severe economic, poverty and nutritional effects. In Malawi, for instance, it is projected that future severe droughts observed once in 25 years could increase poverty by 17 percent, hitting especially hard rural poor communities. And in India, dismal losses from droughts occurred between 1970 and 2002 to have reduced 60-80 percent of households’ normal yearly incomes in the affected communities.

“The World Bank has stepped up its support to agriculture to its highest level in 20 years, and will keep helping countries respond to the food price hikes,” continued Kim.

According to Food Price Watch, prices are expected to remain high and volatile in the long-run as a consequence of increasing supply uncertainties, higher demand from a growing population, and the low responsiveness of the food system.