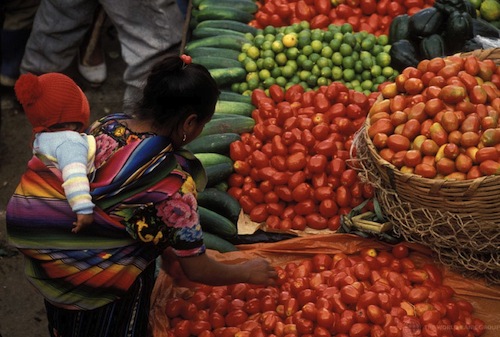 The persistently high and volatile food prices not only influence conditions of hunger and undernutrition, but also obesity which may increase in the context of high prices as people opt for cheaper, less nutritious food to feed their families, the World Bank Group’s quarterly Food Price Watch report said.

“Unhealthy food tends to be cheaper than healthy ones, like junk food in developed countries. When poor people with some disposable income in developing countries try to cope with high and increasingly volatile food prices, they also tend to choose cheap food that is high in calories but without much nutritious value,” said Otaviano Canuto, World Bank Group’s Vice President for Poverty Reduction and Economic Management.

“Half of the world’s overweight people live in just nine countries — China, United States, Germany, India, Russia, Brazil, Mexico, Indonesia, and Turkey — evidence that obesity is not an epidemic restricted only to rich countries.”

According to the latest edition of the Food Price Watch, global food prices continued to fall between October 2012 and February 2013 – a trend observed since the recent all-time peak in August 2012 – but prices were only 9 percent below the August peak. Lower demand from a sharp fall in the use of wheat feed and reduced maize consumption for ethanol in the United States pushed prices down. Reported favorable weather conditions in some regions have also raised hopes of better crop supply for 2013.

In the “new normal” of high and volatile food prices, millions will continue to suffer from poor nutrition, whether it is hunger, undernutrition or obesity which can cause premature death. In 2008, the number of overweight adults was 1.46 billion, of which 508 million were obese. Even conservative estimates see that number rising to 2.16 billion for overweight adults and nearly doubling to 1.12 billion for obese by 2030 across all regions and in countries like China and India.

Despite the gravity of the problem, it is not evident that reducing obesity is among the top global policy priorities, the report said. Responses to the obesity epidemic have ranged from doing nothing to trying to promote healthier behaviors through taxes, bans or restrictions on certain foods and awareness campaigns. There have also been extreme cases in Japan where fines have been imposed to employees exceeding certain waistline limits.

“The discussions on the post-2015 Millennium Development Goals, along with the UN high-level meeting on the prevention and control of non-communicable diseases offer an unprecedented opportunity for integrated global and national collective action to fight all forms of malnutrition, from stunting to obesity,” Canuto said.