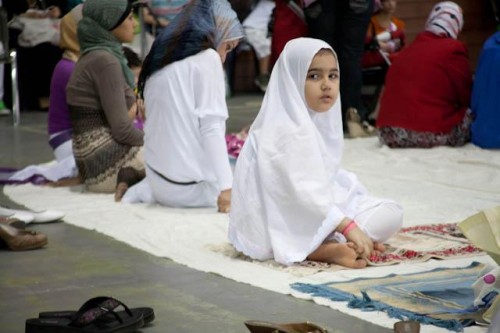 In a letter sent via post to the Muslim Association of Greece yesterday, extremist-right party Golden Dawn threatened Muslims in Greece with bloodshed giving them a month time to evacuate the country.

According to the hard copy of the letter obtained by Alyunaniya.com, Golden Dawn gives Muslims of Greece until June 30 to evacuate the country or else they will start ‘butchering Muslims like chickens’. The threat appears authentic as the logo of the party was printed on the letter.

The Muslim Association of Greece in a statement condemned the letter stating that Muslims are ready to defend their faith.

“Every Muslim is any time ready and fearless to defend his faith, not caring for his life. Human dignity is challenged along with the sense of mutual respect and coexistence,” the Muslim Association said.

The Association called on the state to take action and ensure that all citizens of the country share equal rights under law.

In a related development, the Greek Ministry of Education announced last week that it will allocate the sum of EUR 946,000 to the Ministry of Growth to fund the construction of the controversial mosque in Athens.

Earlier, Athens Mayor George Kaminis, a supporter of the controversial mosque that some critics such as the neo-Nazi Golden Dawn party  are trying to block has said that the pending opening of the first official mosque in Greece, being built in Athens by the government, will pave the way for more, as many as two or more in each district of the city.