Greece: 10+1 tips to initiate change [or start talking seriously about it] – analysis 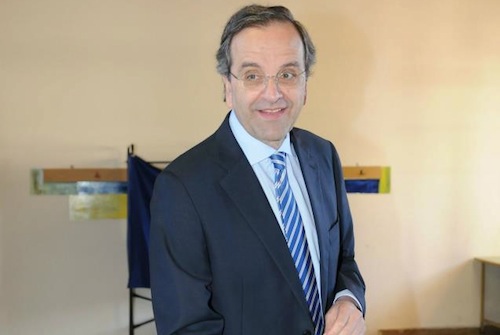 A Greek proverb says: “the beginning is half of everything”… Well, to be honest, the first few days of the new government look like a step back. Stock market is in a rolling downturn; people are feeling numb, Schauble seized once more the opportunity to be cruel and, until yesterday, primeminister.gr presented Mr. Pikrammenos to be the Prime Minister of Greece.

As soon as his vision is restored, Antonis Samaras should start seeing clearly what lies ahead. In a previous post, I argued that due to the fear tactics, Greeks felt relieved and offered the new scheme a -previously non existent- grace period. This is over now.

There is no time to waste. Here are 10+1 tips to initiate change or at least start being specific about it.

1) Build a West Wing at Maximos Mansion that could initiate policy; stay in charge of the government agenda. Once upon a time, Andreas Papandreou used to prepare draft laws, which were sent to ministers for signature. Disagreement was not an option. Four years ago, Costas Karamanlis’ aloof notion of delegation led a government to its demise. Samaras could walk in the middle; maintain balance and be effective at the same time.

2) Explore new forms of communication. Use digital persuasion. Be active. Half a week later after Samaras’ sworn in ceremony, the website of the Prime Minister had two different names of PMs visible and none of them was his. This is not a good sign in terms of digital policy or other.

3) Talk to citizens on a regular basis; on the web and offline. They really need it. Explain policies; give implementation timelines and keep them. Be specific, give the reasons behind each decision, present the alternatives, and calculate the costs. Associate hope and prospects with your decision-making.

4) Use software to assess ministers’ actions in terms of implementation as well as initiatives. Evaluate the competence of party personnel who were assigned cabinet positions. Do not hesitate for a second to get rid of anyone who steps out of line, especially in terms of ethics. No one should be allowed to use a public position for personal gain. Not anymore.

5) Cut a series of benefits associated with public figures. During crisis, all Greeks are equal. Change ministers’ responsibility law immediately. Explain what’s changed. Create specialists’ task forces within the ministries to discuss structural changes and put their talks online. Maintain transparency of expenses online. Not everything George Papandreou did was wrong after all.

6) Greek population remains concentrated in Attica area; however, the country’s wealth is out there. So, put regional policy first. Integrate information coming from the periphery and local government authorities; activate online dialogue; explore local potential in full. Use local case studies to give incentives to people to think and act in a productive way.

7) Merge public universities and create peripheral clusters of excellence and R&D. Thousands of Greek scientists would be willing to come back to offer their expertise to their country. Use 2% of privatisation revenues to fund such activities.

8) Assign two executives from the private sector -preferably competitors- next to your ministers, as a reality-check mechanism; their companies could pay salaries as a CSR gesture to the country. Campaign towards the private sector with a simple message: “your country needs you”.

10) Invite investors to thematic discussions at seaside or mainland hotels, next to potential areas of interest. Summon locals and explain the potential. Communicate results and use the cases to mobilise others. Boost local investment spirit as well.

11) Boost social economy enterprises to fill the gap between state and private economy. Focus on social services and organise action towards those in need. This field seems more useful than ever.

As Britons would say, Greece is drinking in the last chance saloon. Let’s make it a toast to the future – not a loser’s lament of the past.