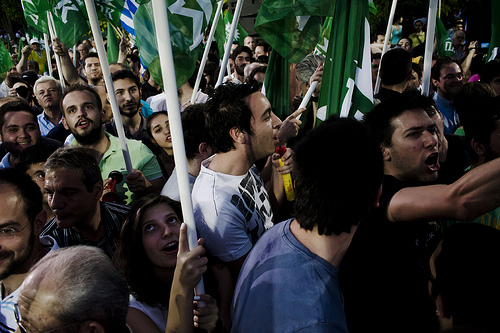 Just before previous parliamentary elections, Transparency International – Greece (TI-G) had put forward eight practical recommendations against corruption and calls the contending political parties to commit themselves on their implementation. These remain timely:

2. Post MPs’ asset disclosure declarations on the web (from the beginning of their political careers up to date).

3. Ban the granting of loans to political parties when using future state funding as collateral, beyond current fiscal year.

4. Breakdown major electoral districts into smaller ones (such as the Region of the greater area of Athens) that facilitate -due to extraordinarily high campaign costs- the interaction between politicians and other mechanisms (media, business etc), increasing opportunities of corruption.

5. Reform the selection process for the heads of the supreme judiciary positions by establishing an independent body of judges, ensuring total independence of the judiciary and excluding the intervention of the Executive Power from any step of this process.

6. Immediate referral of ministers accused of criminal offenses to the judicial council as per Article 86 paragraph 4 of the Constitution, which will decide whether to refer or not each case to the special court of that Article.

7. Implement Code of Ethics for MPs and members of the government.

According to TI-G, these recommendations have been sent to political parties and we are awaiting their response. Any silence, during this critical period that Greece is undergoing, will indicate the persistence of attitudes and perceptions that have led our country to this point.