Posted on: September 19th, 2013 by Tina Michalitsis No Comments

Greece: Activist stabbed to death will not be tolerated – Amnesty Int. 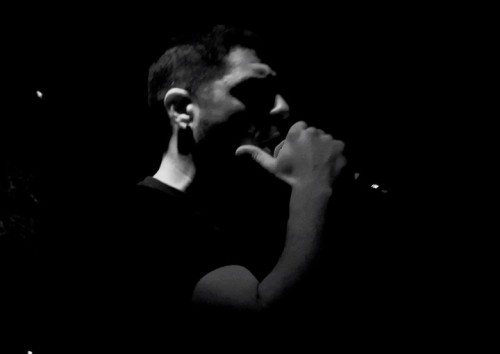 The Greek authorities must do everything in their power to prevent further politically motivated violence after a far-right supporter killed a musician and anti-fascist activist in the capital Athens yesterday morning, Amnesty International said.

Pavlos Fyssas – 34 and well-known for his anti-fascist views – was stabbed to death early on Wednesday. Police said that eyewitnesses identified his attacker, who was arrested at the scene – the 45-year-old man, who said he is a member of the far-right political party Golden Dawn, has reportedly confessed to the crime.

Golden Dawn has denied any involvement in the attack but the police moved to search some of the party’s offices. Several demonstrations took place yesterday evening to protest against the murder of Pavlos Fyssas.

“Politically motivated violence of this kind is unacceptable anywhere, and history has shown the grim consequences if it goes unchecked. The Greek authorities must send a clear message that attacks like this will not be tolerated, and the individual or individuals responsible must be brought to justice,” said Jezerca Tigani, Deputy Europe and Central Asia Programme Director at Amnesty International.

“Amnesty International has repeatedly expressed concerns over how intolerance and violence have been on the rise in recent years – manifesting themselves in public acts of xenophobia and racism, which have been met with a weak response by the authorities.

“The Greek authorities must stem this dangerous tide before it leads to further human rights abuses, which pose a serious threat to individuals’ safety and ability to exercise their right to freedom of expression. People must be able to express their political beliefs without fear of physical violence.”

Just before his death, Pavlos Fyssas had reportedly had a verbal dispute in an Athens bar on Tuesday evening. Upon leaving the bar, he and his friends were ambushed, reportedly by a group of far-right extremists.

According to eyewitnesses, between 15 and 20 people were involved in the ambush, many of them wearing black t-shirts and military-style trousers – similar to the clothing worn by Golden Dawn supporters. The police said the 45-year-old perpetrator arrived at the scene a few moments later brandishing a knife, which he used to kill Fyssas.

The killing occurred after several years of austerity measures in Greece amid a serious economic crisis. Far-right views like those espoused by Golden Dawn have also gained support during this time – the party currently has 18 seats in the Greek Parliament.

Last week, Golden Dawn supporters reportedly attacked a group of Greek Communist Party members, leaving eight people injured and in need of medical treatment. Attacks against migrants and refugees in the country have also been on the rise in the past two years, with some resulting in fatalities.

“This surge in xenophobia, intolerance and politically motivated attacks in Greece is truly chilling – the authorities must act now to prevent such violence from spreading before it gets out of hand,” said Jezerca Tigani.