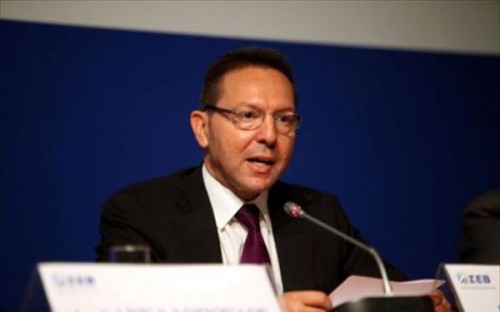 The final draft government tax bill, which must  generate about 3 billion euros of additional revenues over the next two years, as part of a 13.5 billion euro austerity package that Greece passed last month to comply with the terms of its bailout, was presented by Finance Minister Yannis Stournaras to members of the three parties in the coalition on Thursday.

The draft, which must be approved by all three party leaders before it is submitted in Parliament next week, sets out less harsh increases to income tax than an earlier ministry proposal, according to Kathimerini.

According to the final tax bill it includes:

- Increase in the annual levy paid by self-employed professionals/freelancers and businesses from EUR 500 to 550 – 650 and from EUR 900 to 1,000 respectively.

- The income tax-free threshold of EUR 5,000 will be abolished and a EUR 1,950 reduction in taxes introduced for those earning up to EUR 18,000 per year. This reduction will be smaller for higher incomes, according to Kathimerini.

However, according to AMNA, the new tax system will raise the tax-exempt ceiling for wage earners and pensioners from EUR 5,000 to 9,000, with all taxpayers earning annually up to EUR 25,000 enjoying significant cuts in their tax burden.

- The government will also reportedly introduce a tax rate of 10% for income from leasings or rentals.

- Families with more than three children, the current annual tax break of EUR 528 per child will drop to EUR 450 per child, plus EUR 40-50 per month per child, as part of a government policy to support Greek families. It will also be the first time that families with one or two children will receive a tax break.