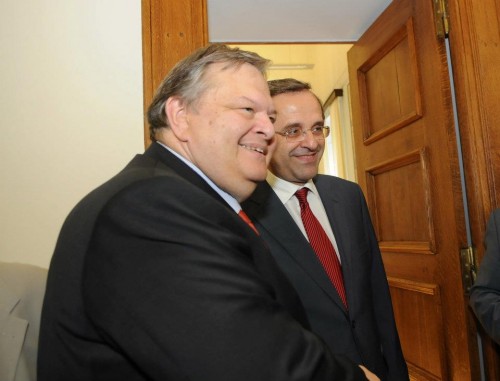 Coalition government is moving towards the merger or closure of 200 state owned organizations by the end of August and to relax rules for private investors interested in buying stakes in “strategic” state enterprises, Kathimerini writes.

Prime Minister Antonis Samaras held talks with Administrative Reform Minister Antonis Manitakis, who is responsible for the restructuring of the public administration. Sources said that it was agreed the government would announce the closure or merger of 60 public organizations within the next few days, with the rest coming by the end of next month.

Sources also told Kathimerini that the government is set to quickly prepare a draft law that would remove limitations to private investment in public enterprises considered “strategic,” such as the Public Power Corporation. Currently, each investor would only be able to buy a maximum stake of 20 percent and the government would retain overall control of the firms with a 51 percent holding.

Meanwhile, Greek government officials are preparing for a new and crucial round of talks with the troika starting next week.

“Talking to them was like going to a doctor, who is looking over your tests shaking his head, and you’re wondering if you are going to live or die,” a senior Greek government official told Reuters after troika’s first visit with the new government on July 5.

“As we suspected, they have fallen quite badly behind due to the election campaign and they are trying very hard to put the train back on track. The troika’s main task next week is to see how we can get restarted,” said a troika official.

The first visit did not try to resolve specific problems but set a new tone for the relationship between Greece and its partners, making clear there was no time to waste on diplomatic niceties, and not much trust in the bank.